The times they are a'changin ... 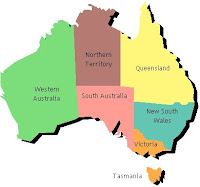 "Changing times for Australian Patent Litigation - stronger, quicker and cheaper" is the theme of a paper by Wayne McMaster and Robert Cooper of Australian law firm Mallesons. The authors write:

"A convergence of different recent developments is promising to make life easier for patentees in Australian patent litigation.

Traditionally, Australia has been a jurisdiction in which high quality patent decisions have been handed down by our Federal Court. However, these have been at a high legal cost if compared to the relatively small market size for most technologies in Australia.

Recent case law at our highest court level (High Court) is now making it much harder for Australian patents to be invalidated.

Our Federal Court has also issued patent litigation guidelines which are aimed specifically at streamlining the traditional litigation process so they (i) focus on the actual issues between the parties in the proceedings, (ii) restrict the scope and timing of discovery, (iii) require that an alleged infringer’s non infringement and validity case be explained very early on, and (iv) recast the extent of the role of experts.

It is believed that these measures if used effectively by the patent list judges will deliver more timely and cost efficient justice. ...

[After reviewing issues such as sufficiency and novelty, the authors then address innovation patents:]

* Innovation patents are 8 year patents containing up to 5 claims (all can be independent claims). They undergo a brief formalities review before being granted (usually in about 4-8 weeks). The patentee cannot sue third parties unless the innovation patent has been certified (post-grant substantive examination). That process may be completed in 2-3 months.

Typically these patents are used for inventions of lower merit or are divided out of applications for standard patents to enable quick enforcement action.

The Federal Court of Australia has recently published a practice note for new patent proceedings The procedures aim to have the key issues identified very early in the proceeding, generally improve the facilitation of the trial process (speed to trial) and to reduce costs.

The practical effects of the practice note include:

* At the initial hearing, the parties are required to explain the issues, including whether infringement is disputed and why. This will put pressure on alleged infringers as they will have less time to plan their case than the patentee.

* A party seeking revocation must include details of its invalidity case when counter claiming, such as the specific passages of any prior publication relied upon for novelty purposes, and to give an outline of what common general knowledge is relied on for obviousness. This will mean that alleged infringers will need to specify their invalidity case much earlier than currently is the case.

* The use of experts will be more regulated. Before any directions are made for the filing of evidence, the Court needs to be told if any expert evidence will be required (and why), whether a single expert is appropriate for all or any part of the evidence, whether the experts should prepare a joint report and/or be questioned concurrently at trial.

* Before trial commences, the parties are expected to reduce to writing:
---amended pleadings containing only the matters in dispute;
---the issues still in dispute with respect to each ground of claimed invalidity; and
---a statement of non-controversial matters, such as publication dates and priority dates.

If the practice note is used within the intended spirit expressed by the judges, it should lead to patent litigation which is quicker and less expensive. Of course, an obstructive litigant will still be able to slow the process but we expect the judge to play a much more active role in preventing this.

From the above discussion, it is clear that:

* the current legal tests for validity and infringement are such that an infringer will find it more difficult to invalidate an Australian patent absent some knock out material;

* innovation patents provide a further mechanism to obtain a quick enforceable patent having a lower validity threshold of invention permitting earlier enforcement options; and patent litigation in Australia should be cheaper and ƒquicker under the new Federal Court guidelines".

From the foregoing it certainly appears that Australia has become a more patent enforcement-friendly forum. The question remains as to how this will affect Australia's innovation/manufacturing ecology. In gross statistical terms, even the largest patent-owning businesses own only a minor proportion of the total number of patents that are valid at any given time, so even patent owners must set the benefits of better conditions for the enforcement of patents against the risks and consequences of being at the receiving end of a patent infringement action on patent-friendly terrain. Since the patent system is there for the business sector, it will be good to see how it responds to the "stronger, quicker and cheaper" regime encapsulated by the article's title.
Pubblicato da Jeremy a 5:23 pm

Email ThisBlogThis!Share to TwitterShare to FacebookShare to Pinterest
Etichette: Australia