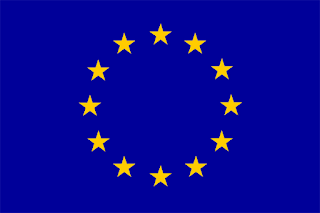 Laurent Teyssèdre, editor of Le Blog du Droit Européen des Brevets was the first to report more details on the “EU Patents Package”. Here is the portion of the decision of the European Council which is the most interesting for us:

Given the highly specialised nature of patent litigation and the need to maintain high quality standards, thematic clusters will be created in two sections of the Central Division, one in London (chemistry, including pharmaceuticals, classification C, human necessities,classification A), the other in Munich (mechanical engineering, classification F).

We suggest that Articles 6 to 8 of the Regulation implementing enhanced cooperation in the area of the creation of unitary patent protection to be adopted by the Council and the European Parliament be deleted.

I think that it is in particular the last paragraph that will cause a collective sigh of relief in the community. Finally, the constant criticism by the experts in the field (see e.g. Professor Krasser's opinion and Sir Robin Jacob's opinion) has been successful despite of the deplorable lack of transparency (see J. Pagenberg's letter here). While I think that the role of the blogosphere is still small, I think that the great efforts of the AmeriKat Annsley Merelle Ward to keep us infromed might have contributed to this late turn of events. Thanks a lot for this!
Laurent also gives details on the time schedule. The new system shall be up and running on April 1, 2014 ;-)
Pubblicato da Unknown a 10:31 am

As some had predicted, the EP has objected to the deletion of Arts 6-8 of the unitary patent regulation -

I would suggest to those opposing Arts 6-8 that it is not enough to win the political argument with the UK government and therefore the EU summit. They also have to engage in the legal argument that the regulation would still be a valid use of the power conferred by Article 118 TFEU even without Arts. 6-8. Someone should write (very soon) a formal legal analysis advocating this view, publish it online and circulate it to the relevant people in the Council, Commission and EP.