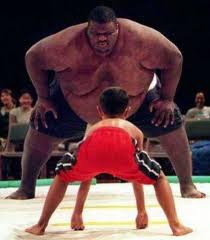 In the case 4 Ni 43/10 (EP) "Bearbeitungsmaschine", the fourth senate of the Bundespatentgericht has rejected a new document as being late filed by applying the new rules for the German nullity procedure briefly discussed here.

While this alone may be already considered interesting for poeple used to the traditionally generous attitude of the Bundespatentgericht with regard to late filing, the even more intersting part of the decision is the senate's argument why the excuse presented by the plaintiff was not sufficient.

Our caselaw on novelty and inventiveness is based on the hypothesis that the person skilled in the art is aware of or is at least able to easily find every piece of prior art in his technical field. Some of us may have had doubts whether this assumption reflects the actual knowledge of a real-life engineer but a defence based on the argument that the inventor was unfortunately not aware of the most relevant piece of prior art is clearly doomed to failure in most jurisdictions.

In the case at issue, the plaitiff had argued that the document submitted lately was found only by chance and only very late despite of having taken all due care. The Bundespatentgericht rejected this excuse by referring to the principle of equality of arms ("Waffengleichheit"). It would be unfair to support an attack on the above hypothesis that the skilled person would have found the document easily while at the same time using problems to find the document to support the plaintiff's case.

The full text decision can be found here and the headnote here.
Pubblicato da Michael Thesen a 2:03 pm