Late filing in German Nullity Procedure – Do Not Overstretch 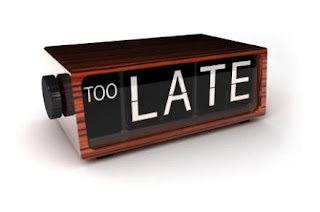 After the decision “Bearbeitungsmaschine” discussed here, the fourth Senate of the Bundespatentgericht has issued a new decision with the name “Dichtungsring” (4 NI 13/11) (headnote published here. Full text of the decision not yet publised) on the late filing of documents after the time limit set in the preliminary opinion according to § 83 II S. 1 PatG and when a “sufficient excuse” according to § 83 IV S. 1 Nr. 2 PatG exists.

While the Senate points out that the combination of two claims of the patent as granted is not sufficiently surprising to be used as a sufficient excuse and that, accordingly, the objective degree of due diligence applicable would have required to search for pertinent prior art in advance, this is not the case in the event that the patentee adds a feature from the specification.


In the case at issue, the patentee had added a feature from the specification, and the plaintiff had filed new prior art relating to this amendment. The principle of “equality of arms” already invoked in the decision “Bearbeitungsmachine” requires in this case to grant permission to the plaintiff to file new documents.
From a practical point of view, this implies that amendments combining dependent claims will be admissible as a rule even at very late stages of the procedure, e.g. in the course of the oral proceedings, because the plaintiff is supposed to be prepared for this case. Amendments adding features from the specification should be filed in advance and could be rejected as inadmissible if the plaintiff argues that an additional search and thus an adjournment of the oral proceedings is required.
Pubblicato da Michael Thesen a 1:54 pm

Can someone tell me about filing online patent registration form?