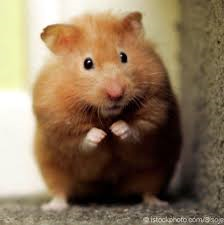 The decision T 1846/10 of one of the EPOs technical boards of appeal relates to a method for cultivating live vaccines. The method includes cultivating attenuated L. intracellularis bacteria to obtain strains which are apathogenic, immunogenic and genetically stable.

"Generally, an attenuated immunogenic L. intracellularis strain is produced after continuous culture for between at least about 150 and 250 days, during which time the culture is passaged at least about 7 to about 12 times."

The opponent used this as a basis for his argument that the disclosure of the patent did not enable the skilled person to carry out the invention without undue burden. The patentee responded as follows (cited from margin numbers 28 and 29 of the decision, epmphasis added):


The respondent submitted that for an objection of lack of sufficiency of disclosure to succeed there must be serious doubts, substantiated by verifiable facts, that the invention can in fact be carried out by the average person skilled in the art without undue experimentation or inventive skills (see decision T 19/90, reasons, point 3.3). Since the burden of proof lies with the appellant (the opponent), it was necessary to provide experimental evidence that the invention could not be carried. This had not been done.

In the board's judgement, verifiable facts are
(i) that example 5 of the patent was carried out in line with the general teaching of the patent,
(ii) that the percentage of animals which developed enteritis in example 5 was the same between the group vaccinated with the culture of a high passage strain of L. intracellularis and the non-vaccinated group, and
(iii) that the histological lesions were worse in the vaccinated group (the evidence supporting this fact being in paragraph [0103] and the table on page 17 of the patent).

Therefore, the board concludes that example 5 of the patent provides verifiable facts which raise serious doubts that the invention can in fact be carried out by the average person skilled in the art without undue experimentation or inventive skills by following the guidance provided in the patent. Under these circumstances, no additional experimental evidence from the appellant is required as it can rely on the evidence provided by the patent itself. The board concludes that the appellant has discharged its burden of proof.

As a note to retain for the practice: be careful mentioning embodiments for which the invention does not properly work. These might be used against the patent for an attack based on insufficiency of disclosure.
Pubblicato da Michael Thesen a 11:34 am

Email ThisBlogThis!Share to TwitterShare to FacebookShare to Pinterest
Etichette: embodiments for which invention does not work properly, European patent office, insufficiency