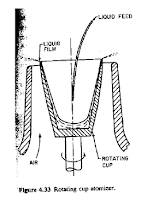 Unilever Plc v S C Johnson & Son Inc [2012] EWPCC 19 (25 May 2012) is an unusual example of a case in which two multinational corporations crossed swords in the Patents County Court (PCC), England and Wales -- this being the tribunal which, as readers of this weblog will probably know by now -- was set up as a cheap, user-friendly and relatively informal cost-capped alternative to the relatively expensive option of litigating in the Chancery Division's Patents Court. This fact prompted Judge Colin Birss QC to make the following comment at [4]:


"The action was commenced in the Patents County Court on 27th July 2011 [ie ten months ago, for revocation of two patents] and has been conducted under the PCC rules. One might ask whether a case between two multinational corporations is suitable for the PCC. Since neither side suggested the matter should be transferred, the question did not arise. I can say this much. In terms of the issues to be decided, the case is clearly suitable for the PCC. There has been no disclosure and the evidence consists only of reports from in-house experts on both sides.  ... As far as I can tell [, the one and a half day trial] has been run expeditiously and without major cost."

True, there wasn't much law to bandy around, but the point is made clearly enough: the PCC provides an attractive alternative to the more up-market Patents Court and, whether SMEs and individuals make much use of it or not, we may certainly expect big and well-resourced litigants to do so.  Incidentally, Judge Birss has been doing quite a bit of work as a High Court judge too over the past couple of years -- so parties opting for the PCC may find themselves before the same judge they might have been allocated had they taken the Patents Court route.
Pubblicato da Jeremy a 8:02 am

Message to anonymous: cheap AND right!