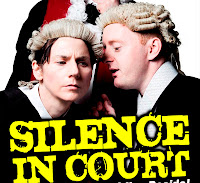 PatLit is delighted to host this guest post from Liz Cohen, a partner in Bristows and an enthusiastic patent litigator. Liz writes on a topic which is of great evidential value and philosophical interest: the extent to which it is permissible to draw an inference as to the intention of a party which is based not on what it says but on what it declines to say:

The recent case of Merck Sharp Dohme Corp and Bristol -Myers Squibb v Teva [2012] EWHC 627(Pat) is the latest in a long line of cases in the pharmaceutical arena where a generic company, (in this case Teva), has faced an application for an interim injunction to prevent it launching a generic drug pending full trial. The case law before the English and Welsh Patents Courts is well established in relation to such applications, the deciding factors being those established almost 40 years ago by the then House of Lords in American Cyanamid v Ethicon Limited [1977] FSR 593 (archived on BAILII here). Although subject to some occasional fine-tuning, the factors that the Court must consider in deciding whether to make an order for an interim injunction remain by and large the same:


i. Is there a serious issue to be tried;

ii. If so, would damages be an adequate remedy for either party?

iii. If not, where does the balance of convenience lie?

It is this last criteria that is usually the subject of most evidence from both sides and where much time is spent in the development of arguments and submissions to convince the Court to make the order for an interim injunction or, alternatively, dismiss the application altogether.

However, this case serves as a sharp reminder that it can also be what, is at best, not said, and, at worst, deliberately omitted, that can be just as important to the Court as the wealth of written evidence and submissions served in deciding the application for an interim injunction, and was in fact critical in this case.

The case related to a patent (EP 0 582 455) owned by Merck and Bristol-Myers Squibb (‘BMS’) which provided compound protection for efavirenz, an anti-retroviral medicine used in the treatment of HIV and AIDS. An SPC obtained on the basis of the patent expires on 20 November 2013. Teva obtained a Marketing Authorisation (“MA”) for its efavirenz product via the Centralised Procedure, 22 months before the expiry of the SPC.

Just before Teva’s MA granted BMS’ lawyers wrote to Teva seeking an undertaking that Teva would not launch its efavirenz product in any country in which the patent remains in force. No undertaking was given by the requested deadline and BMS informed Teva that they therefore presumed Teva indeed intended to market the product imminently. In light of this, and taking into account that Teva launched its generic atorvastatin surreptitiously last summer, BMS applied for an interim injunction in the High Court of England and Wales.

In his judgment from the inter partes injunction hearing Judge Birss QC clarified that, in order to bring an action for interim relief on a quia timet basis (in other words, on the basis of a threat to infringe, rather than an actual act of infringement), as BMS had here, a defendant must have threatened and intended to infringe the patent in question. The intention to launch did not have to be immediate – if the intention was to launch before expiry of the patent, this would be enough even if expiry was someway in the future. How this was proved would depend upon the facts of each case.

On the facts before him, Judge Birss considered that it was reasonable to infer that Teva intended to launch before the expiry of the SPC. He considered the timing of the MA (as noted above, just less than 2 years before expiry) and the absence from Teva of a satisfactory explanation as to why an application so far in advance of patent expiry was necessary, to be important factors. He also noted that, while a failure to offer satisfactory undertakings or indeed any form of response does not in itself prove the existence of an intention to infringe, at the interim stage it may, depending on the circumstances, be fair to draw an inference from the silence.

In arguing that an injunction should not be imposed, Teva claimed that divulging its launch date would expose a valuable commercial secret. Judge Birss agreed that the date of any launch could be a valuable commercial secret. However, the fact that Teva, a generic company, intended to launch a product on patent/SPC expiry would “not be news to anyone.” Therefore if this was Teva’s plan, they could simply have said so.

Accordingly, an interim injunction was granted to BMS pending a full trial on the merits.

This decision is in line with the rationale of English civil litigation that potential parties to litigation should communicate with each other and try to resolve disputes without recourse to litigation. While the Judge stressed that each case turns on its particular facts, this action brings strongly into focus the need for a generic company to be clear about its commercial intentions if it wishes to resist a preliminary injunction ahead of patent expiry. If it is not, it is clear that the Courts will be prepared to draw a negative inference from its silence".

Sounds like here is another tool for the toolkit! In most industry sectors getting an injunction with no evdience of infringement would seem a little draconian.

Does the Commission know that generic companies are being forced to disclose confidential commerical plans for product launches - perhaps they should know?

Getting an injunction with no evdience of infringement is a little draconian, indeed. Not to mention in the same case in the Netherlands and Germany the courts held the exact opposite, i.e. inter alia that silence did not amount to admission of early launch, and that - in the absence of any actual evidence of imminent launch - a threat of imminent launch could not be established. It seems that the German and Dutch courts had a much more reasonable and let "judgmental" approach.