A district court’s Markman hearing and subsequent claim construction order is a pivotal event in most patent infringement actions. One perplexing issue has been the proper standard for reviewing the claim construction ruling on appeal. Generally speaking, appeals courts review legal rulings under a de novo standard, but review factual findings on a deferential “substantial evidence” standard. The deference afforded factual findings reflects the district court’s unique position to evaluate witness testimony and other evidence at the trial level. 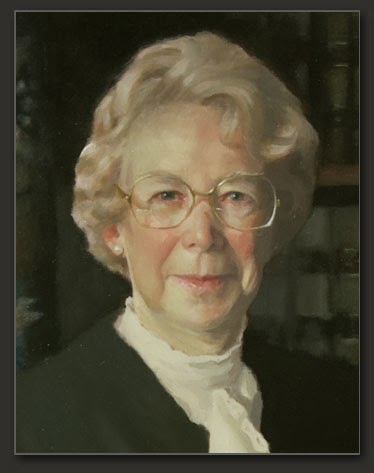 Markman rulings do not fall neatly into one category. In the original Markman decision, the Supreme Court ruled that district judges are responsible for construing claim language, but called the task a “mongrel practice” of law and fact with “evidentiary underpinnings[.]” In Cybor Corp. v. FAS Technologies, Inc., 138 F.3d 1448 (Fed. Cir. 1998) (en banc), the court ruled that claim construction ruling are subject to de novo review. That decision has drawn heated criticism, both from commentators and some federal circuit judges.

In Friday’s 6-4 decision, the Federal Circuit put the arguments against de novo review on full display. The majority decision, written by Circuit Judge Pauline Newman, considered three possible approaches to the issue. First, the court could retain the de novo standard it has maintained since Cybor. Second, it could adopt a hybrid standard, reviewing findings based on so-called intrinsic evidence (such as the patent specification and prosecution history) de novo, but granting deference to the district court’s consideration of extrinsic evidence, such as expert testimony at the Markman hearing. Third, it could review the entire claim construction decision under the deferential ‘substantial evidence” standard.

Newman concluded that the court should retain the de novo standard. The principal reason for that conclusion was adherence to stare decisis, and the absence of any compelling justification for adopting a different standard:

Slip op. at 17 (citations omitted). Judge Newman then concluded that such a compelling justification to overturn the Cybor rule does not exist:

Applying these premises, we have reviewed the arguments for changing the Cybor procedure of de novo review of claim construction. First, we have looked for post-Cybor developments, whether from the Supreme Court, from Congress, or from this court, that may have undermined the reasoning of Cybor. None has been found, or brought to our attention. There has been no legislative adjustment of the Cybor procedure, despite extensive patent-related legislative activity during the entire period of Cybor’s existence.

We have looked for some demonstration that Cybor has proved unworkable. No proponent of change has shown that de novo review of claim construction is unworkable — nor could they, after fifteen years of experience of ready workability. Nor has anyone shown that Cybor has increased the burdens on the courts or litigants conducting claim construction.

To the contrary, reversing Cybor or modifying it to introduce a fact/law distinction has a high potential to diminish workability and increase burdens by adding a new and uncertain inquiry, not only on appeal but also in the trial tribunal. No consensus has emerged as to how to adjust Cybor to resolve its perceived flaws. Despite probing questioning at the en banc hearing, and despite the extensive amicus curiae participation, there is no agreement on a preferable new mechanism of appellate review of claim construction; there is no analysis of how deference would be applied to the diversity of old and new technologies and modes of claiming, no clear exposition of fact or law as could be applicable to the millions of unexpired patents, each on a different new technologic advance. As will be discussed, no one, including the dissent, proposes a workable replacement standard for Cybor, no workable delineation of what constitutes fact and what constitutes law.

Slip op. at 20-22. Newman also concluded that the de novo rules as critical to maintaining consistency and uniform interpretation of patents across the nation.

In a dissent, Circuit Judge Kathleen M. O’Malley, writing for three other judges including Chief Judge Rader, criticized the Cybor approach. She pointed out that the Federal Circuit judges have regularly objected to the standard, including Judge Newman and other judges joining the majority. She tweaked those judges, commenting that, “In fact, it appears that some members of today’s 6–4 majority believe the pull of stare decisis is so strong that it prevents them from acting on their long-term convictions that Cybor was wrongly decided. No reasoned application of stare decisis principles supports that conclusion." O’Malley, dissent at 2-3.

The dissent’s fundamental complaint about the Cybor rule is that it ignores the reality of the claim construction process, which – as the Federal Circuit in Phillips acknowledged – involves the consideration and weighing of testimony and evidence by the district court. O’Malley stressed that the Cybor rule directly violates the Federal Rules of Civil Procedure:

Stare decisis also must give way because, by refusing to acknowledge the factual component of claim construction, Cybor contravenes the clear directives of Federal Rule of Civil Procedure 52(a)(6). When a district court makes findings of fact—as claim construction sometimes requires — Rule 52(a)(6) provides clear instructions to this court: “Findings of fact, whether based on oral or other evidence, must not be set aside unless clearly erroneous . . . .” The rule is clear on its face, and decisions interpreting it show that it makes no exception with regard to fact-finding in the claim construction context. As the Supreme Court has observed, “Rule 52(a) broadly requires that findings of fact not be set aside unless clearly erroneous. It does not make exceptions or purport to exclude certain categories of factual findings from the obligation of a court of appeals to accept a district court’s findings unless clearly erroneous.” Thus, there is direct conflict between Cybor—which expressly calls for de novo review of “any allegedly fact-based questions relating to claim construction,”— and Rule 52(a)(6) — which requires deference to all fact-findings that are not clearly erroneous.

Given the critical nature of claim construction in patent litigation, the controversy over the proper standard is not likely to disappear. The majority and dissenting opinions may tee the issue up for consideration by the Supreme Court. The full opinions, plus a concurring decision by Judge Lourie, are HERE.

The English (Hoffmann) approach ("What was the inventor using the language of the claim to mean") to claim construction finds an echo in this CAFC Decision, mid- way through the Lourie concurrence. Or am I simply reading too much into it?

If other readers of Lourie can discern an echo, is that text echo just a coincidence, or is it no coincidence but, rather, indicative of a common origin for these words?

If a common origin, is that Lord Hoffmann? Or did Lord Hoffmann borrow it from earlier US jurisprudence? Anybody know?