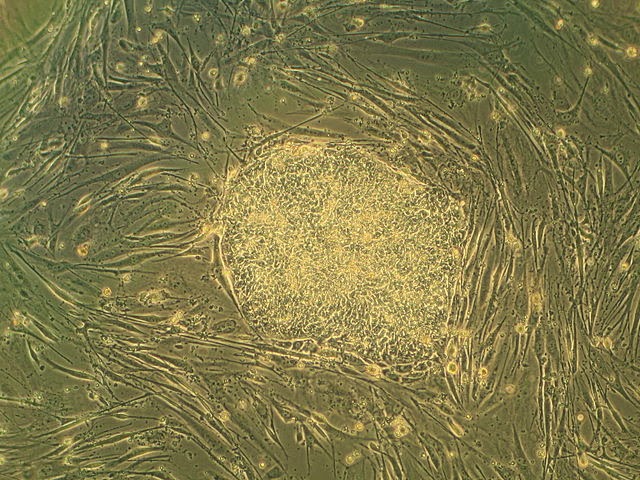 In a decision of 4 February 2014, the Board of Appeal of the European Patent Office examined the patentability of inventions which make use of publicly available human embryonic stem (HES) cell lines, initially derived by a process resulting in the destruction of the human embryos. The Board ruled that, under the framework of Article 53(a) and Rule 28(c) of the European Patent Convention, it is necessary to evaluate all the steps which constitute a necessary precondition for carrying out the claimed inventions. Therefore, the panel found such inventions to be unpatentable, even if they do not directly involve the destruction of human embryos, which instead takes place at a preceding, but necessary, stage. The decision shares the same perspective adopted by the EU Court of Justice in case C-34/10 (Brüstle v Greenpeace).

The appeal concerned the rejection decision taken by the examining division against the European patent application No. 03751238.1. The invention essentially claimed methods of maintaining human embryonic stem cells in an undifferentiated state through the use, inter alia, of human foreskin cells. The examining division, noting that the human embryonic stem cell lines referred to in the application were not publicly available at the date of filing, had concluded that the only possibility of putting the claimed methods into practice implied the destruction of human embryos. Therefore, it had found the invention to be unpatentable under Article 53(a) and Rule 28(c) EPC. Challenging the decision of the examining division, the appellant had argued that, while the claimed methods did not refer to any specific deposited cell line, several suitable cell lines were indeed publicly available before the priority date.

The Board first looked at the technical teaching of the patent application, following the interpretation of Rule 28(c) given by the Enlarged Board of Appeal in decision G 2/06. According to this decision, ‘[w]hat needs to be looked at is not just the explicit wording of the claims but the technical teaching of the application as a whole as to how the invention is to be performed’. The Board found that the patent application disclosed several ways of obtaining HES cells: a first embodiment described their isolation from human blastocysts, a procedure requiring the destruction of human embryos and thus unpatentable; a second method consisted in the use of commercially available HES cells.

Evaluating this second embodiment, the Board noted that, despite the additional documents submitted by the inventor with the appeal, ‘there remain serious doubts with regard to the public availability of HES cell lines at the claimed priority date’. At the same time, however, the Board observed that all the cell lines mentioned by the appellant were initially derived from the inner cell mass of blastocyst stage human embryos, through methods that resulted in the destruction of the embryos. Thus, the panel focused on a more fundamental issue, which it described as follows:


[W]hether or not the accomplishment of the invention by relying on the use of an established HES cell line, thus without de novo production of HES cells by destroying a human embryo, would nevertheless be in conflict with the requirements of Article 53(a) EPC if said HES cell line has been originally produced by a method involving the destruction of an human embryo.

To find the answer to this question, the Board turned again to decision G 2/06. In that case, the appellant had argued that an interpretation of Rule 28(c) requiring consideration of all the steps preceding an invention would ‘go much too far’. The Enlarged Board of Appeal, however, had dismissed the argument as not relevant, without distinguishing between steps carried out by the inventor or by a third party, nor between steps directly or remotely related to the invention. The Board took the view that decision G 2/06 should be interpreted ‘as meaning that for the purpose of Rule 28(c) EPC, all steps preceding the claimed use of HES cells which are a necessary precondition for carrying out the claimed invention, have to be considered’.

Applying this perspective to the present case, the panel found that it had to take into account all the steps necessary to establish the commercially available HES cell lines described by the second embodiment, including the step resulting in the destruction of human embryos. Therefore, it concluded that the second embodiment of the patent application was excluded from patentability, even if the cell lines therein described were not created de novo, but at a point in time preceding their use for the claimed invention.

The final part of the decision examined the judgment of the Court of Justice in case C-34/10. The CJEU had clarified that ‘an invention must be regarded as unpatentable, even if the claims of the patent do not concern the use of human embryos, where the implementation of the invention requires the destruction of human embryos’. Further, the court had expressly acknowledged that ‘[t]he fact that destruction may occur at a stage long before the implementation of the invention, as in the case of the production of embryonic stem cells from a lineage of stem cells the mere reproduction of which implied the destruction of human embryos is, in that regard, irrelevant’. The Board thus concluded that its considerations fell in line with the principles enucleated by the Court of Justice.

The decision of the Board of Appeal is certainly not surprising, as it relies heavily on the reasoning of the Enlarged Board of Appeal in case G 2/06. Its rationale is clearly explained in the prior decision:


Article 53(a) EPC excludes inventions from patentability if their commercial exploitation is against ordre public or morality. Reference is made to points 25 to 27 where it has been explained why this Board considers the performing of this invention as commercial exploitation. In this context, it is important to point out that it is not the fact of the patenting itself that is considered to be against ordre public or morality, but it is the performing of the invention, which includes a step (the use involving its destruction of a human embryo) that has to be considered to contravene those concepts.

In this perspective, the decision of the Board merely highlights the necessity of evaluating, under Article 53(a) and Rule 28(c), all the steps that, while not being claimed in the patent application, still constitute a necessary precondition for the performing of the invention. In the context of HES cell related inventions, applicants thus face the challenge of (i) identifying a method of obtaining the cell lines used by the invention that does not involve the destruction of human embryos, and (ii) verifying whether the alternative method involves the destruction of human embryos at any stage preceding the isolation of the HES cell lines directly employed in the invention.
Pubblicato da Stefano Barazza a 11:10 am