On December 12, 2014, the U.S. Supreme Court granted certiorari in the third patent case to be heard this term, this one presenting an issue at the intersection of patent law and antitrust law. In Brulotte v. Thys Co., 379 U.S. 29 (1964), the Supreme Court ruled that a patent license requiring the licensee to pay royalties after the licensed patent expires is a per se violation of the antitrust laws. In addition, the same conduct constitutes patent misuse, and may render a patent unenforceable in a subsequent infringement action. Now, 50 years later, the petitioner in Kimble v. Marvel Enterprises, Inc., No. 13-720, asks the Court to overturn that per se rule.

Kimble is the inventor of a "Spiderman" toy that allows children (and perhaps some adults) to shoot foam webs from their wrists. He licensed the patent to Marvel. The license included a royalty based on sales of the toy, but did not provide for the royalties to end when the patent expired. Marvel relied on Brulotte to stop paying post-expiration royalties. 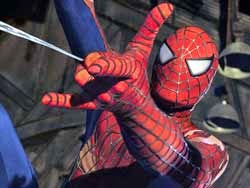 The Brulotte Rule has been widely criticized as outdated. For example, Scheiber v. Dolby Labs., Inc., 293 F.3d 1014 (7th Cir. 2002), Judge Richard Posner criticized the rule as being wrong, lamenting that the Seventh Circuit had “no authority to overrule a Supreme Court decision no matter how dubious its reasoning strikes us, or even how out of touch with the Supreme Court’s current thinking the decision seems.” The U.S. Department of Justice and Federal Trade Commission also have criticized the rule in recent guidelines analyzing anticompetitive provisions in intellectual property license agreements. In recent years, the Supreme Court has modernized its analysis of antitrust concerns relating to intellectual property. See, e.g., Illinois Tool Works, Inc. v. Independent. Ink, Inc., 547 U.S. 28 (2006) (overruling its prior decisions that, in an antitrust tying claim, a patent does not necessarily confer market power upon a patentee). The Kimble case may be a vehicle for it to dispense with the Burlotte rule as well. Oral arguments have not been scheduled.
Pubblicato da David C. Berry a 1:08 pm