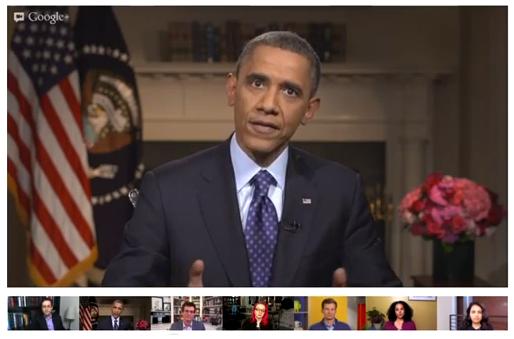 On February 14, President Barrack Obama held a live Google Hangout to answer questions about administration policy and current issues. One topic that came up was the effect software patent litigation by non-practicing entities, or "trolls," has had on innovation. In apparently off-the-cuff comments, Obama acknowledged that some patent plaintiffs use the system to "hijack someone else's idea" and use litigation to "extort" costly settlements. He also noted the difficulty in balancing the interests of IP owners and the public, especially as technology evolves and advances so rapidly. Referring to the recent America Invents Act, the most significant reform of the U.S. patent system in 60 years, the President noted that:


[I] do think that our efforts at patent reform only went about half way to where we need to go, and what we need to do is pull together additional stakeholders and see if we can built some additional consensus on some smarter patent laws.

You can view the full Hangout session HERE. The discussion of patent reform starts at about 16:00.
Pubblicato da David C. Berry a 8:42 pm