Juries and patent litigation: is there a case for reciprocity? 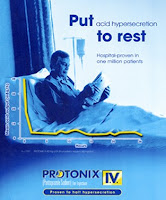 Via Chris Torrero (thanks, Chris!) comes this link to a piece on FiercePharma that emphasises one of the risks faced by foreign businesses litigating patents in the United States, particularly as a defendant: its exposure to the vagaries of jury trial. In this instance the case involved Teva's version of Pfizer's (and originally Wyeth's) Protonix heartburn drug. Facing a patent infringement action and claim for damages from Pfizer, the company -- which was confident that its challenge to the patent would succeed -- did its sums and estimated its exposure to lost profits at $670 million. The patent was subsequently held valid by a jury and, pressing for lost profits and damages, Pfizer is now seeking some £2.1 billion. FiercePharma reports that a trial is scheduled for early June.

Jury trials in US patent proceedings have recently been heavily criticised by another non-US business, Samsung, following the jury's assessment of a damages claim brought by Apple, here, and some big jury awards have already been reversed, according to this Bloomberg report last month.

This blogger cannot help feel that, for good or ill, the unpredictable nature of jury findings and awards is bound to exercise a chilling effect on commercial decisions -- whether, as in the case of pharma products, to leap ahead in marketing a drug that falls within the patent's claims or, as is more usually the case elsewhere, when the alleged infringer is dealing with a product or process which lies to some extent outside the parameters of the patent claims.  The keenly-fought European patent package does not contain a provision for EU-based businesses to opt for retaliatory jury trials against US-based defendants, though the prospect may appeal to many.  If such an option were offered, it would be good to whether, and on what grounds, US defendants might object.
Pubblicato da Jeremy a 12:04 pm