On the last day of the first block of the CEIPI Training Program for Future Technical Judges of the UPC, Nicolas Petit (Univ. Liège) gave a very dynamic and lively talk about the interface between competition law and IP rights. He expects that the UPC will have to establish case-law on antitrust-based defences in patent litigation (FRAND, Standard essential patents ...) as explicitly laid down in Art. 32(1) UPCA.

The question whether or not, in case of dubious settlements between the parties, the court will have a duty to raise a motion on breach of competition, was answered by analogy to what is considered to be applicable to mediation procedures: Such a duty exists only where the breach is very glaring and manifest.

He further emphasizes that a source of misunderstanding between lawers and scholars on both fields lies in the different use of the word "monopoly" in IP and antitrust law. While patents are permanently qualified as "monopolies" by IP lawyers, this is not true based on the understanding of this expression in the world of antitrust law. Actually, the patent alone does not confer the sufficient market power to the patentee because there may be lots of competing technologies around. "The patent grants an exclusive right to use a technology but typically does not exclude third parties market" (roughly Quoted from Hovenkamp).

The case law of the FRAND defence is put in analogy to the "essential facilities" case law in the field of antitrust law because the CJEU qualifies intellectual property merely as yet another kind of "raw material" to be processed in secondary markets. Requirement of the admissibility of such a defence would be that the parties are competing in at least a secondary market, which is not the case for Non-Practicing Entities in dispute with potential licensees of their patents. In other words, the FRAND defence will never be applicable to "trolls".

CEUJ Judgement July 2015 (Huawei / CTE C‑170/13) develops a sort of "good faith" test for the behavoir of both the holder of the standard essential patent (SEP) and the implementer who have to respect "certain conditions" in the course of negotiations and when bringing an action to the court.  These new conditions will replace the BGH Orange Book Standard in the future case-law and will be discussed in a separate post.

CEIPI Training Program for Future Technical Judges of the UPC

CEIPI Training Program for Future Technical Judges of the UPC is currently taking place in Strasbourg with an completely incredible lineup of speakers including the Who-is-Who of the UPC experts.

This blogger is most impressed about the enthusiasm of the speakers and the audience.

The first session on thursday started with welcoming words of Yves Lapierre (INPI), Max Brunner (French Ministry of Justice) and Cristophe Geiger (Ceipi) to continue with a resume of the long history of the UPC by Margot Fröhlinger (EPI) sharing some tiny bits of her knowledge on what happened behind the scenes in the course of the negotiations. Patlit hopes that she will someday publish an autobiography with even more of that ...

Alain Giradet and Sir Robin Jacob then shared their thoughts on Judicial Ethics and Independence (and on a lot of other issues of course) and gave most interesting insights on what it means to be a judge.

A brief summary of the second and third session will follow.
Pubblicato da Michael Thesen a 6:07 pm No comments:

Splitting trial between IPO and court "unsatisfactory and wasteful"

This was an dispute involving the ownership and validity of three patents in which the defendant Westok applied for summary judgment in respect of Angle's patent ownership claim.  Angle, the first claimant, asserted that Westok had never been the true inventors of the patents and had at all times known, or had reasonable grounds to know, that the second claimant was the true inventor. Although the IPEC would be able to deal with lack of inventive step or novelty at trial, the claimants failed to make a pro forma application to the UK Intellectual Property Office (the IPO, which has the initial jurisdiction to deal with claims relating to ownership of patents and patent applications) to have the matter transferred to the IPEC, leaving an issue as to whether the court had jurisdiction to deal with entitlement.

Richard Hacon refused the application. In his view:

* The allegation that Westok had had reasonable grounds for knowing that the second claimant was the true inventor was irrelevant. It was fair to infer from the pleading that the claimants had alleged that Westok had known that it was not entitled to the patents, and the court would have to determine whether Westok knew that it was not so entitled.

* It was not appropriate to go through the evidence in a mini-trial of whether the claimants' case was unarguable; it had been pleaded sufficiently and should go to trial.

* The claimants would find it difficult to adduce further evidence if it turned out that the existing evidence did not support its case that Westok had had the relevant knowledge, and Westok would therefore succeed at trial on that point.

* The court ought to exercise its inherent jurisdiction in order to deal with entitlement at trial. It was artificial to distinguish the matter of lack of inventive step or novelty and leave entitlement to the IPO. That would be unsatisfactory and wasteful.
Pubblicato da Jeremy a 7:48 am No comments: 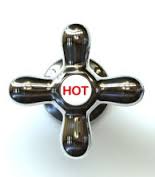 The ECJ decision C-580/13 (Coty Germany GmbH/Sparkasse Magdeburg) of July 16 relates to the interesting question to what extend banking secrecy can prevail over intellectual property rights.

As reported here, the Ist Senate of the BGH (responsible for trademark matters) has referred an interesting question to the ECJ:


Is Art. 8 par. 3 Lit. e of the directive 2004/48/EG to be interpreted such that this provision is in conflict with a national regulation enabling a banking institute in a case as the one as issue to deny access information on the name and address of the owner of an account according Art. 8 par. 1 lit. c of this directive with reference to the banking secrecy?

In the case at issue, counterfeit products were sold via e-bay and the payments were received on an account kept by a bank which was sued by the trademark owner to provide information on the account holder, which the bank refused.

The present request for a preliminary ruling thus raises the question of the need to reconcile the requirements of the protection of different fundamental rights, namely the right to an effective remedy and the right to intellectual property, on the one hand, and the right to protection of personal data, on the other (see, to that effect, judgment in Promusicae, C‑275/06, EU:C:2008:54, paragraph 65).

... unlimited and unconditional authorisation to invoke banking secrecy is such as to prevent the procedures laid down by Directive 2004/48 and the measures taken by the competent national authorities, in particular when they seek to order the disclosure of necessary information under Article 8(1) of that directive, from taking due account of the specific characteristics of each intellectual property right and, where appropriate, the intentional or unintentional character of the infringement.


It follows that an authorisation of that kind is capable of seriously impairing, in the context of Article 8 of Directive 2004/48, the effective exercise of the fundamental right to intellectual property — to the benefit of the right of persons covered by Article 8(1) of Directive 2004/48 to the protection of personal data concerning them — as a result of the obligation, for a banking institution, to respect banking secrecy.


The task to find "any other means or remedies" (par. 42) or to establish criteria are to be applied for striking the right balance between the right to intellectual property, on the one hand, and the right to protection of personal data is left to the referring court. The repeated reference to recital 17 of the Directive 2004/48 implies that the intentional or unintentional character of the infringement should play a role.

Pubblicato da Michael Thesen a 10:50 am No comments:

At its meeting on 3 September 2015 the Preparatory Committee agreed the draft proposal for the Rules on the European Patent Litigation Certificate and other appropriate qualifications. The Explanatory memorandum and a copy of the Draft Rules are available.

The Explanatory memorandum, which is nine pages long, opens with the following explanation:

Article 48(3) of the UPC Agreement states that the Administrative Committee shall establish the requirements for such qualifications. Therefore, a draft decision determining the rules on the EPLC and other appropriate qualifications (Draft EPLC decision) must be prepared, in order to be formally adopted by the Administrative Committee after the entry into force of the UPC Agreement. different means, the EPLC being one of them.

This decision shall establish the rules for the grant of the EPLC and the rules governing the other appropriate qualifications EPAs can alternatively have in order to be entitled to represent parties before the UPC.

The draft Rules, all 22 of them, cover just eight pages.

This item has just appeared on the Unified Patent Court website:

11th meeting of the Preparatory Committee

At the meeting, which was held at the Netherland permanent representation to the EU, the Committee agreed the Rules for the European Patent Litigation Certificate. The Rules will be published shortly on this website.
Furthermore the Committee concluded the discussions on the Protocol on the Provisional Application and will prepare the formal signature procedure. The Committee also took the opportunity to congratulate Portugal on its ratification of the Agreement.
The Rules have not yet been posted.
Pubblicato da Jeremy a 3:16 pm 1 comment: