Lawjobs.com has reported that, despite the weak economic climate and lack of commercial confidence, the IP sector, and particularly patent litigation, is more than holding its own. According to "Amid the Bad News, IP Firms Are Hiring", the opinion has been expressed that IP work is "insulated" from the current crunch, with patent owners pursuing infringers and regular businesses seeking relief from trolls.
Pubblicato da Jeremy a 11:15 am No comments:

Email ThisBlogThis!Share to TwitterShare to FacebookShare to Pinterest
Etichette: employment

Is there a market route to anti-troll protection?

Infoworld carries a post on how membership-based patent aggregator RPX is positioning itself as an effective weapon against "nefarious non-practicing entities", by which it means patent trolls. Characterised as a "defensive patent aggregator" RPX's primary goal is said to be the protection of companies from litigation against a product or service that is already in the market. Ideally, the patents will also cover products and services offered by multiple companies. The idea is that:

"Once RPX gains ownership of a patent, it takes the patent off the market, thereby reducing an existing product's susceptibility to patent trolls. RPX also allows member companies to license the patents RPX owns. As part of the contractual agreement between RPX and members, a provision states that RPX will not assert or litigate patents it acquires".

Focused almost exclusively in the IT field, including software, e-commerce, mobile communications, networking, and consumer electronics devices, RPX seeks initially to buy $100 million in patents each year, raising the cash through membership fees (US$35,000 to US$5 million, depending on the size of the company).
Pubblicato da Jeremy a 2:55 pm No comments:

Email ThisBlogThis!Share to TwitterShare to FacebookShare to Pinterest
Etichette: RPX, trolls, US 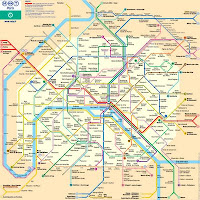 Scouting the internet, I've just found two French patent law blogs that look quite useful. The first is Le Blog- Brevets de Jean-Paul MARTIN. The second is Le blog de Maitre MARCELLIN. I've found myself thinking so often about the England v Germany patent litigation rivalry that I can easily forget that there are other significant countries, judicial traditions and patent litigation hot-spots in the the continent of Europe. Blogs like those of Messrs Martin and Marcellin can play their part in reversing this tendency towards bipolarity.
Pubblicato da Jeremy a 10:08 am No comments:

Email ThisBlogThis!Share to TwitterShare to FacebookShare to Pinterest
Etichette: France

Available both in English and German as well as its native French, Le blog du droit européen des brevets: actualités du droit des brevets en France et en Europe, jurisprudence de l'OEB is a useful source of news, information and comment on various aspects of European patent law, including dispute resolution. Written by French European patent attorney Laurent Teyssedre, it is well worth perusing by anyone who wants to get an articulate Francophone perspective on matters.

Pubblicato da Jeremy a 9:32 am No comments:

Joff Wild (editor, Intellectual Asset Management) gives disappointing news for those who have pinned their hopes on an end to the deadlock over the proposed European patent court.

Reporting from the Trilateral Authorities users’ meeting in The Hague, he writes:

"It seems that patents are no longer a priority for the French – although that is probably a bit too simplistic. In fact, I have been told that there are splits between ministries within the French government. Some departments (such as that responsible for industry) are keen to press on and others are less inclined to waste (as they would see it) political capital on trying to reach an agreement on patents when there are far more important (as they would see it) issues to deal with; and this is a view that seems to be shared by the French delegation in Brussels.

That said, there is a new document relating to the patent court. Intriguingly, it is entitled “Draft Agreement on the European Union Patent Judiciary - compatibility of the draft Agreement with the EC Treaty - possible request to the EC Court of Justice for an opinion (Article 300(6) EC)”. Unfortunately, it does not yet seem to be available to view.

Anyway, the clock is ticking down. ... There is a chance that things may be revived under the Swedes when they take the reins in the second half of 2009. But do not bet on it. Instead, the chances are that nothing much is going to happen and a single European patent jurisdiction will remain a distant dream".

Pubblicato da Jeremy a 5:49 am No comments: 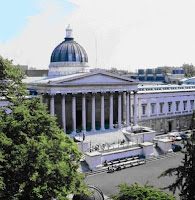 An earlier post on PatLit mentioned the Burdon Plan for reducing the cost, and enhancing the efficiency, of patent litigation in England and Wales. The same plan was cited in a high-powered international judicial seminar that took place yesterday in University College London's Institute of Brand and Innovation Law (IBIL). You can read accounts of the seminar, in which Judges Randall Rader (US), Jan Brinkhof (Netherlands) and Sir David Kitchin (England and Wales) participated here (in SOLO IP) and here (in the IPKat).
Pubblicato da Jeremy a 12:59 pm No comments:

The November 2008 issue of Patent World, published ten times a year by Informa, carries several items of interest to readers of this blog. These include "Keeping Costs Low: how to hedge the risk of expensive litigation" by James Delany. James is a director of specialist brokers TheJudge -- the largest independent litigation risk transfer broker in the UK. His article concludes:

"If a client has a good case there is a good chance that client can offset anywhere from 50-100% of the cost risk, typically at no upfront cost and at no cost if the case loses".

But what happens, it may be asked, where both sides can establish a good case?
Pubblicato da Jeremy a 5:51 am No comments:

New book on US patent appeals

Patent Appeals: the Elements of Effective Advocacy in the Federal Circuit is a neat little book by Mark Simon Davies, a counsel in O'Melveny & Myers LLP's Washington, D.C. office. According to the publisher, Oxford University Press:

Patent Appeals: The Elements of Effective Advocacy in the Federal Circuit is a practical guide to appellate advocacy for patent attorneys appearing before the federal appellate court responsible for patent law. The book guides readers through the organizational requirements needed for a Federal Circuit appellate brief, as set out in the Federal Rules of Appellate Procedure, with an emphasis on developing an appellate style for briefing a patent appeal. It is an essential manual of instruction for litigators and anyone interested in understanding the procedures of writing a winning appellate brief and presenting it in court. Topics include clear writing, the importance of presentation, the types of arguments most likely to succeed, and the formal requirements for filing a brief. Other issues include effective oral argument presentation and petitions for panel rehearing and rehearing en banc. Samples (all written by the author) are included".

While the text is obviously aimed at the US market, there is plenty to commend it to the non-US reader, whether as a good handle on US patent appellate proceedings or as a source of ideas that can arguably be transplanted to other, less litigious jurisdictions,

You can check out this book's details via the publisher's web page here.
Pubblicato da Jeremy a 5:53 am No comments: 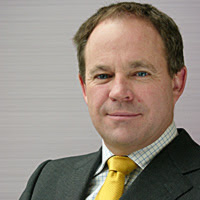 This morning's IPKat post discusses the Burdon Plan, a set of suggestions laid down by patent litigator and PatLit team member Michael Burdon (right) for streamlining British patent litigation as well as making it cheaper. The 10-point plan which, is suggested, could run experimentally for a period of three years, includes capping of costs awards -- but not spending -- and fixing rigid but reasonable rules for timetabling, submission of evidence and so on. This weblog will bring news of further developments, if any ...
Pubblicato da Jeremy a 8:55 am No comments:

Bilski: an end to patent trolls?

In "US court blocks Amazon-style patent trolls", The Register reports on Re Bilski and Warsaw, a controversial decision (full text here) in which the United States Court of Appeals for the Federal Circuit upheld an earlier decision by the US Patent Office to reject a patent application for a method of hedging risks in commodities trading. The 9-3 decision rejects the court's own earlier State Street Bank ruling of what can be patented. Instead, it favours earlier Supreme Court guideline that maintains a stricter, two-pronged standard. IP auctioneers Ocean Tomo have sought to assuage fears that business method patents are no longer valid in the US, but The Register's view is one that is widely held in commercial rather than technical legal circles.
Pubblicato da Jeremy a 5:49 am No comments: