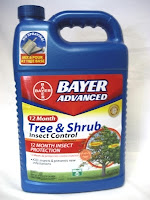 PatLit sends its most grateful thanks to the invaluable Susan Snedden (Associate, IP & Technology, Maclay Murray & Spens LLP) for the following note on a piece of Scottish litigation that raises extremely interesting issues relating to relief for infringement: Bayer Cropscience KK v Charles River Laboratories Pre-clinical Services, Edinburgh Limited and Albaugh Inc [2010] CSOH 158, a decision of the Scottish Court of Session to the effect that springboard relief for patent infringement is available in terms of an account of profits as well as damages [note: the "springboard" effect is caused by an infringer using his infringement as a springboard to leap ahead of other traders by entering the market before them]. Previous UK springboard relief authorities related only to damages/injunctions. Says Susan:


"This case provides, for the first time, useful confirmation that a springboard claim can be made in respect of an accounts of profits as well as damages, under the Patents Act 1977, s.61(1)(d). It also demonstrates that the Scottish Court of Session’s debate procedure can be used effectively to focus the issues in dispute and thus save costs. For example, had the defender’s argument been successful, there would have been little benefit in incurring the expense of a full trial as no remedy would have been available.

The parties to the dispute were Bayer Cropscience (the pursuer/claimant), Charles River Laboratories (the first defender/defendant) and Albaugh Inc (the second defender/defendant). Bayer was the proprietor of a European patent which expired on 31 March 2006 and the equivalent US patent, which expired on 21 January 2006. Bayer never sold the patented product on its own, and only once incorporated it into an end product. Albaugh was a competitor of Bayer Cropsciences. 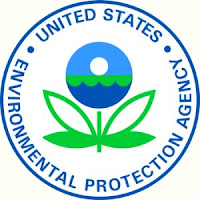 Around a year before expiry of the patents, Albaugh applied to the US Environmental Protection Agency for registration of an insecticide containing the patented product as its active ingredient. The EPA required chemistry test data before it could register the product, so Albaugh instructed Charles River to carry out the necessary tests and arranged for the patented product to be imported from China to Scotland for this purpose. Albaugh did not dispute that these acts amounted to patent infringement. However, Albaugh's position was that the products were not placed on the market until the expiry of the European Patent in April 2006.

Charles River settled their involvement in the case extra-judicially.

A debate (this is the term for a Scottish preliminary hearing on a point of law) then took place at which Bayer argued it should be entitled to a springboard account of profits for Albaugh’s sales in 2006, 2007 and 2008. Albaugh argued that the court had no power to order a springboard account of profits. Albaugh's profits were derived from lawful transactions, namely the post-expiry sales, rather than the infringing acts. The infringing acts were not commercial transactions capable of generating profits. They were no more than a precursor to profit- generating activities which all occurred after expiry of the patent.

Lord Malcolm reviewed the case law in respect of springboard damages/injunctions. In his view the authorities supported the validity of Bayer’s claim for an account of profits. The basic purpose of the remedy sought by Bayer was to deprive Albaugh of unfair or unjustified profits. Albaugh deliberately used the invention to obtain an unfair advantage over its competitors and then exploit it for financial gain. The fact that the sales were lawful acts did not automatically sever the chain of legal causation between the infringements and the profits.

The matter will now go to Proof (trial). It will be interesting to see what evidence Bayer leads to support its claim that the profits not just in 2006 but also in 2007 and 2008 derived from the infringing acts. Their position is that, had it not been for the infringement, Albaugh would not have been ready to launch on to the market until the end of 2006 and also that, as a result of its early entry into the market place, Albaugh achieved enhanced levels of sales in 2007 and 2008".

Thanks so much, Susan.
Pubblicato da Jeremy a 6:09 pm

No one fancied arguing the experimental use exemption then
? Yes, Monsanto v Stauffer (UK) would appear to suggest that this was not a runner for the defendants, but surely it's worth a crack at this in the light of Clinical Trials I and II from Germany...?