Due Care and Annuity Reminders 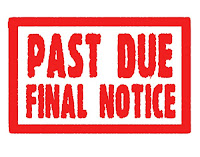 The decision T942/12, which has been discussed by the IPKat here, relates to the “due care required by the circumstances to be proven when requesting restitutio in integrum.

While in the good old times, annuities have been paid (and actually had to be paid) by professional representatives, this business has now been largely conquered by specialized firms. The professional representatives then receive a notice saying “the annuities will be paid through other channels”, “you are no longer responsible for the annuities” or the like. While sending annuity reminders and actually paying the renewal fees are basically two different things, the question of reminders is rarely addressed explicitly. It is, however, generally considered to be implicit that the representative is not expected to send annuity reminders where it is clear that the payment is effected via other channels. In any case, the client would clearly not pay for such reminder services and would feel bothered and confused by receiving such reminders rather than appreciating the diligent service of his professional representative.

The above understanding is more or less common ground for reminders sent before the due date of the renewals, the situation gets complicated when it comes to official notifications indicating that the renewal fee can still be paid with surcharge and/or loss of rights communications or decisions received after the lapse of the period for payment with surcharge. The due diligence requires the representative to forward these communications unless the patentee explicitly says that he does not want this. Neither the instructions to “abandon”, to “let lapse” or to “withdraw” implies that the applicant or patentee does not wish to be kept updated on the available legal remedies for the case that the instruction was erroneous, unintentional or otherwise misconceivable. Unlike in the case of “ordinary” annuity reminders, the professional representative is expected and indeed obliged to forward official notifications drawing attention to the possibility to pay the renewal fees with surcharge or notification of a loss of right even in those cases where he thinks that the non-payment of annuities was intentional (which is often unknown to the representative) unless the client has explicitly waived the receipt of these notifications.

The duty to monitor annuity deadlines and to send reminders is considered to be transferred to the party entrusted with the effectuation of the payment whereas the duty to forward official communications and to inform available legal remedies remains with the professional representative.

Against this background, most of the patent law firms tend to forward communications received after non-payment of the annuity in case of doubt. A decision not to forward such communications would require detailed analysis of the previous instruction including the file history as described above, which would be more complicated than simply forwarding the communications by far. It is, however, difficult to charge a client for this service, in particular in cases where the responsibility for the payment of annuities has been transferred or where the right to receive this communications has been explicitly waived.

For important deadlines in general, the safe receipt of notifications of deadlines should be confirmed somehow and a series of reminders should be sent in cases of doubt.  Does this apply to cases where the professional representative is formally not responsible for the payment of annuities even if this might be perceived as bothersome in a case where the client has intentionally abandoned the protective right?  Or is the degree of due care required somehow lowered in this specific case?

The decision T942/12 has to be seen in this context. The core part of the decision goes as follows:

The renewal fee for the fifth year fell due by 31 July 2007 and was not paid. The notice drawing attention to Article 86(2) EPC dated 4 September 2007 was sent to the European representative of the applicant, Page Hargrave (PH). PH forwarded this notice to GH on 7 September 2007. GH states they have no record of ever having received this notice. PH took no further action with respect to the renewal fee as it had been instructed by letter of 9 September 2005 that it "was not required to maintain renewal fee reminder records or attend to the payment of renewal fees". ....

If a European representative is expressly instructed that he is not required to monitor the payment of renewal fees, the duty of due care does not involve that he nevertheless does so. It cannot be expected that the European representative monitors renewal fee payments at his own expense (he will not be able to charge fees for actions he is to refrain from according to his instructions). Furthermore, sending reminders against instructions may irritate the instructing party and may impair the relationship with the client. The client may have good reasons for giving such instructions, e.g. to avoid receiving reminders from different sources that will lead to additional work and expense for him. Reminders from different sources can also be a source of confusion and thus lead to mistakes.

The present case therefore differs from the case law where it was held that even if the renewal fee was paid by someone else, the European representative remained responsible in the procedure before the EPO, and had to take the necessary steps to ensure payment (see Case Law of the Boards of Appeal, 7**(th) edition 2013, III.E.4.5.2 b)), as in none of those cases the European representative had expressly been instructed not to monitor renewal fees.

The Board therefore concludes that the duty of care of PH involved the forwarding of the notice drawing attention to Article 86(2) EPC to GH, not however checking whether GH indeed received the notice and took the appropriate action (emphasis added).


This blogger welcomes this important decision because it accounts for the complexity of real life circumstances within which professional representatives have to exercise their due care rather than imposing unrealistic requirements.
Pubblicato da Michael Thesen a 5:53 pm No comments:

Email ThisBlogThis!Share to TwitterShare to FacebookShare to Pinterest
Etichette: due care, due diligence, EPO, re-establishment of rights, Technical Boards of Appeal

The UPC Preparatory Committee has published its report on its 13th meeting on its website. Alexander Ramsay (SE), the previous Vice Chair of the Committee was elected Chair and Louise Åkerblom (LU) was elected to replace him as Vice Chair. An agreement on the Meditaion Rules was reached. According to the knowledge of this blogger, these Meditaton Rules have bot yet been published.

A proposal for court fees and the ceiling for the recoverable costs received "favourable comments" but still needs some fine-tuning and there is "emerging consensus" on the Protocol on Privileges and Immunity of the UPC.

Alexander Ramsay further shares this and some other information in an interview with Euroforum.
Pubblicato da Michael Thesen a 9:50 am No comments: 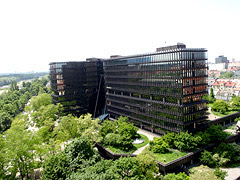 The EPO Select Committee reports on its 18th meeting held on December 15, 2015 in Munich wherein the secondary regulation framework for the Unified Patent has been adopted.

According to the press release of the EPO:

On proposal of the European Patent Office (EPO), the Select Committee which represents the EU member states participating in the new Unitary Patent, has formalised today a series of agreements into a complete secondary legal framework comprising the implementing rules, budgetary and financial rules, the level of the renewal fees and the rules concerning the distribution of the renewal fees between the EPO and the participating member states.

Welcoming these landmark decisions, EPO President Benoît Battistelli said, "This is a hugely significant occasion for the European patent system. With the adoption of these rules today, the preparations for the unitary patent are complete. We are now legally, technically and operationally ready to deliver the unitary patent. The only remaining step is the opening of the Unified Patent Court and the finalisation of the ratification process at national level. We hope this will happen in 2016 and we are convinced that it will boost innovation in Europe and will be beneficial for the European economy, especially for European SMEs."

A necessary pre-requisite for the Unitary Patent system to start will be the existence of the Unified Patent Court (UPC) in which any such Unitary Patents can be challenged or enforced. Once thirteen states, including France Germany and the UK, have ratified the Treaty establishing the UPC, both the Court and the Unitary Patent system will come to life. So far eight states, including France, have ratified, with several more expected to ratify shortly.


Recent experience in other political fields shows that agreement on distribution keys is not an easy task among European Countries and this blogger is relieved that the distribution of the renewal fees has not become a stumbling block.
Pubblicato da Michael Thesen a 12:02 pm No comments: