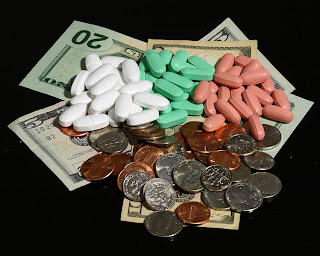 Readers may recall our earlier report that, in April, a Second Circuit panel grudgingly ruled for Bayer and Barr pharmaceutical companies in In re Ciprofloxacin Hydrochloride Antitrust Litigation. Bound by Tamoxifen, the panel determined that reverse payment ("pay-for-delay") arrangements between branded and generic pharmaceutical companies did not violate antitrust laws. But, apparently swayed by the plaintiffs' public interest arguments, and moved by the "'exceptional importance" of the antitrust implications," the panel invited the plaintiffs to request an en banc Tamoxifen rehearing.

The wheels have started turning. Last month the U.S. government's Federal Trade Commission (FTC) and a group of 86 professors filed separate amicus curiae briefs asking the court to grant en banc review. Long opposed to reverse payment deals, the FTC argues in its brief that the Tamoxifen decision "protect[s] undeserved patent monopolies" and "improperly undermines the balance ... between the public interest in encouraging innovation and the public interest in competition." The FTC also cites studies indicating that getting rid of pay-for-delay could save consumers roughly $3.5 billion annually, and that "a one-year delay in generic entry represents ... a transfer from consumers to producers of about $14 billion."

For their part, the professors (represented by Stanford law professor and Durie Tangri partner Mark A. Lemley) argue that reverse payment arrangements are per se illegal. They also point out that an issued patent carries only a presumption of validity that does not grant a patentee "an absolute right to enter into a settlement that excludes competitors from the market." Moreover, the professors hint that, in In re Cipro and other reverse payment cases, the patentee's massive payout to the generic may indicate that the patent holder believed its own patent was invalid.
Pubblicato da Gena a 11:53 pm