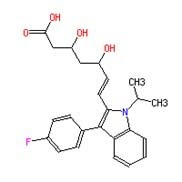 Writing for International Law Office earlier this week ("Novartis's endeavours to obtain interim injunctions come to naught"), Sara Pelaz (Grau & Angelo) explains what happened last December when pharma company Novartis applied for an interim injunction against Medis EHF, Laboratorios Stada, SL and ratiopharm España, SA alleging infringement of its EP948320 patent on pharmaceutical compositions for the sustained release of fluvastatin, a patent which was amended during EPO opposition proceedings.
As the title of the article indicates, Novartis failed. The saga is an interesting one, since it deals with the curious situation in which a plaintiff relies on patent claims which appear to be in constant flux as the patent passes from the Opposition Division to the Board of Appeal, where the patentee requests that issues be remitted to the Opposition Division following the submission of fresh documents and the joinder of further parties in the EPO proceedings. Defendants often appear to present a moving target; less often can the same be said of the plaintiff's patent.
Pubblicato da Jeremy a 5:38 pm