In "Faster and Cheaper? A Current View of IP Litigation Reform", PatLit team member Michael Burdon gave his audience at CLT's Annual IP Conference at Holborn Bars today a very upbeat message concerning the current (post-Jackson and mid-UPLS) state of consensus and constructive discussion over improving the mechanics of IP litigation. The present dialogue between judges and practitioners, common lawyers and civilists, claimants and defendants has shown there is general agreement as to the main issues to be addressed and a huge willingness to tackle them. 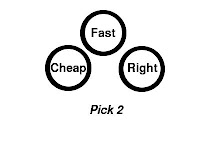 Reviewing both "big ticket" and "streamlined" cases, Michael said that "faster and cheaper" is not the whole picture -- we should be cognisant of all other rights and remedies in addition to regular civil litigation: customs proceedings, mediation and arbitration were among the alternatives mentioned. Quality, too, is a commodity that stands apart from the criteria of speed and cost: British judges are generally recognised as producing high quality decisions.
Turning to Jackson and the proposals of the Intellectual Property County Court Users' Committee, Michael said it was acknowledged by all that the Patents County Court was a great idea but that it required a number of new features if it was to work better: both damages and costs would be capped so that all parties would know their maximum possible exposure to costs if they lose, and neither conditional fee arrangement nor insurance costs would be recoverable. Opportunities for domestic forum-shopping would be reduced and case management would be more precisely focused. The Jackson Review commented favourably on the degree of consensus among the IP communities concerning these proposals, noting that it was rare -- particularly where it involved a reduction of costs.

If you'd like to receive Michael's notes, materials and PowerPoints, just email PatLit here and we'll send them on to you in the next week or so.
Pubblicato da Jeremy a 4:39 pm