Discovery of documents: is there a real benefit? 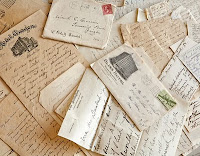 Abbott Laboratories Ltd v Medinol Ltd, an ex tempore judgment of Mr Justice Kitchin in the Patents Court, England and Wales last Thursday, addressed an issue that regularly arises regarding disclosure (discovery): how relevant and worthwhile is the material that the applicant for disclosure seeks?

Medinol, which held a European patent for a flexible expandable stent, sued Abbott for infringement. Abbott sought specific disclosure of documents concerning two witnesses for Medinol in this case (S and R). S was one of Medinol's expert witnesses in this case, while R was the only witness of fact. The documents which Abbott sought included evidence given by both these witnesses in similar patent actions in the United States and elsewhere in Europe.

According to Abbott, all these actions related to patents from the same family as the patents in this case and disclosure was needed here because a number of points of construction arose in these proceedings and there was some inconsistency between the expert evidence in the US and that in the British proceedings. No, said Medinol, the disclosure sought was neither reasonable nor proportionate: according to Medinol, Abbott's lawyers had already said that the specific terms in Abbott's patent claims were agreed by both parties not to be terms of art and that R was only to give evidence of fact in these proceedings on the issue of commercial success. Medinol also maintained that the documents that Abbott wanted could amount to tens of thousands of pages -- some 15 to 20 lever-arch files --- and that the volume and time it would take to consider them would make it an extremely costly process.

Kitchin J refused the application for disclosure. The documents sought here did not satisfy the requirement of relevance, the proper interpretation of patent claims being ultimately a matter for the court and a question of law, and the terms which had to be construed here were not terms of art. The disclosure exercise would in any event be entirely disproportionate to any conceivable benefit that the documents in question might bring to the proceedings. Not only would the disclosure exercise be substantial and costly -- it would probably result in the introduction of considerable complexity which would not ultimately assist the court.
This decision was spotted on a LexisNexis legal alert. The names of the parties have been transposed since the original version of this item was posted.
Pubblicato da Jeremy a 6:54 pm

Email ThisBlogThis!Share to TwitterShare to FacebookShare to Pinterest
Etichette: disclosure of evidence

The report has got the parties the wrong way around. It was Abbott that sought specific disclosure of the prior testimony of Medinol's witnesses -which Kitchin refused.

It was in fact a cross-application with Medinol seeking: (i) disclosure of a class of documents relating to a particular aspect of the way Abbott's stents function; and (ii)an order that Abbott complied with CPR Part 63 PD para 6.2 (verification of the product description).

In relation to (i), the parties agreed (and Kitchin ordered) a more limited category of disclosure relating to the way Abbott's stents function.

Thanks, Star, for putting me right and for furnishing further information.

With these LexisNexis and Lawtel notes it can be very difficult, if not impossible, to work out which party is which, since the notes tend to use terms like 'respondent', 'applicant', 'appellant' etc and to resort to initials rather than mention actual names.