If you can't stand the heat, keep out of the fryer 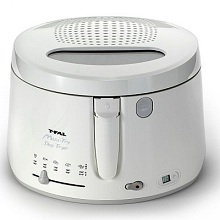 From The Register comes news of another significant US Supreme Court ruling, Global Applicances Inc v SEB S.A., relating to patent litigation strategy.  "US Supremes add 'willful blindness' to patent law" is the title of a note by Rik Myslewski which explains that,


"In a case supported by HP, eBay, Red Hat, Yahoo!, and General Motors [even though it concerned a patent for a deep fryer -- something those companies are not generally known for getting excited about], the US Supreme Court has issued a ruling that may make it more difficult for a company to be sued for inducing another company to infringe a patent.

According to the ruling, a defendent accused of inducing patent infringement must be proven to have either known that it was infringing, or was "willfully blind" to that infringement. Actual knowledge of infringement can be proven through documentary evidence or sworn testimony. Willful blindness is a bit more murky. As Justice Samuel Alito explained in his opinion:


The doctrine of willful blindness is well established in criminal law. Many criminal statutes require proof that a defendant acted knowingly or willfully, and courts applying the doctrine of willful blindness hold that defendants cannot escape the reach of these statutes by deliberately shielding themselves from clear evidence of critical facts that are strongly suggested by the circumstances. The traditional rationale for this doctrine is that defendants who behave in this manner are just as culpable as those who have actual knowledge.

... Applying willful blindness to patent law, the Supreme Court's 8-1 decision (Justice Anthony Kennedy was the lone dissenter) essentially rules that when a party is accused of inducing another party to infringe on a patent, if it can be proven that it should have known that a patent was being infringed – by, say, copying a patent-protected product that it should have assumed was patent-protected – it's liable for claims of infringment. ...".

There's a rather longer explanation of the decision here on Techdirt, which also provides the full text of the judgment.
Pubblicato da Jeremy a 11:26 pm