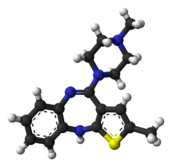 Eli Lilly and Co Ltd v Neopharma Ltd and Gurnos Ltd [2011] EWHC 1852 (Pat) is a Patents Court decision of Mr Justice Floyd which doesn't seem to have found its way on to BAILII yet.

Pharma company Eli Lilly owned a patent for the anti-psychotic drug olanzapine. Neopharma and Gurnos were also pharma companies; Neopharma was dormant, but it did hold the EU marketing authorisation for generic olanzapine. In January 2008, the defendants launched a generic version of the drug, without telling Eli Lilly. A month later, Eli Lilly found out and obtained an interim injunction. Neopharma and Gurnos admitted infringement, but argued that the patent was invalid. In July 2008, in separate proceedings Dr Reddy's unsuccessfully challenged the validity of the same patent and Eli Lilly was granted a certificate of contested validity. Dr Reddy's had maintained that the patent was invalid for lack of novelty, based on an earlier publication ('Chakrabarti'), and for obviousness, based on an earlier UK patent document ('235'). In these proceedings, Neopharma and Gurnos also relied on a third piece of prior art, an article by Sullivan and Franklin. Unimpressed, Eli Lilly applied for summary judgment against them and/or security for costs. The defendants counterclaimed.

Before the court, Eli Lilly pressed for summary judgment on the ground that Neopharma and Gurnos had no real arguable case. Neopharma and Gurnos said in turn that it proposed to adduce different evidence in relation to 235 and Chakrabarti, and that Sullivan and Franklin was not relied on in the Dr Reddy's case.

Floyd J granted Eli Lilly summary judgment regarding the challenge to the patent's validity based on obviousness via the 235 patent. The challenges to validity based on Chakrabati and Sullivan & Franklin would be allowed to proceed: while they were pretty unpromising, they were just about arguable and hadn't been raise

The judge felt it was right for Neopharma and Gurnos to make a payment into court to provide security for Eli Lilly's costs. For one thing, their attempts to revoke the patent in other countries had failed, the patent having  been found valid in Germany, Austria, Slovakia, the Czech Republic and Romania and, beyond the European Patent Convention zones, in the United States, Canada. What's more, they had behaved reprehensibly in launching the generic version of the drug without telling Eli Lilly first. Requiring them to make a payment into court was not disproportionate particularly since, if they didn't have to give security, there was a risk of injustice to Eli Lilly if the invalidity claim failed. Moreover, Parliament had intended patentees to enjoy better protection in the event of a second attack on a patent, which is why section 65 was put into the Patents Act 1977 in the first place. That payment would be reduced to take into account the fact that the challenge based on the 235 patent would no longer have to be tried. However, a stay of the invalidity proceedings would be granted until the money had been paid into court.

PatLit thanks Tom Mitcheson (instructed by Simmons and Simmons on behalf of Eli Lilly) for drawing his attention to this decision.
Pubblicato da Jeremy a 2:58 pm

Email ThisBlogThis!Share to TwitterShare to FacebookShare to Pinterest
Etichette: stay of proceedings