Parallel German proceedings not a sufficient condition for a UK stay 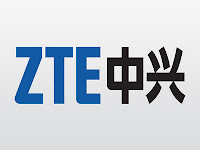 Is it the mere fact that there are parallel patent proceedings in Germany a sufficient basis upon which to persuade a British court to stay an action -- or is there more to it than that? This is what the court had to decide in ZTE (UK) Ltd v Telefonaktiebolaget LM Ericsson [2011] EWHC 2709 (Pat), 19 October 2011, a Patents Court for England and Wales decision of Mr Justice Arnold.

In a series of four actions, of which this was one, ZTE sought revocation of a total of seven Ericsson patents. ZTE had previously applied unsuccessfully to Mr Justice Mann for expeditious rulings in two of these actions, and now tried its luck with Arnold J.  Refusing this application Arnold J referred to his own earlier decision in HTC Europe Co Ltd v Apple Inc [2011] EWHC 2396 (Pat),  a smartphone patent scrap in which he had ordered expedited hearings in two actions where there was parallel German litigation. It seems that the fact of parallel German proceedings was more a matter of correlation than causation because, the judge stated, he was not aware of any case that had been expedited solely on the grounds of parallel German litigation. There were no grounds for expedition in ZTE's case, particularly as there was no possibility of a court in England and Wales managing to squeeze out its decision before the German court ruled on it.  In any event, ZTE was the author of its own misfortune since it had delayed making its application.
Pubblicato da Jeremy a 2:37 pm

Email ThisBlogThis!Share to TwitterShare to FacebookShare to Pinterest
Etichette: application for stay