The Older the Better? Not in Bavaria! 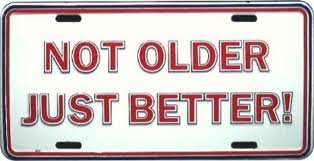 In one of the less discussed cases (LG Muenchen 21 O 26022/11) in the never-ending series of litigations between Apple and Samsung, the Munich District Court has now rejected Apple's request for preliminary injunctive relief banning the sales of Samsung's Galaxy 10.1N and Galaxy Nexus mobile phone, as reported by Bloomberg.

The opposition period of the patent in suit had not yet expired. It is the established jurisdiction of the courts in Düsseldorf and Mannheim (as outlined e.g. here) that, with certain exceptions, only patents having been challenged and havig survied an opposition procedure or a nullity suit may serve as a suficciently certain basis for a preliminary injunction.

While the reasons of the decision are not yet published, Bloomberg reports at least an interesting Statement of the Munich Judge Müller:


"We don’t share the idea that young patents are less valuable than those who have survived for a longer period of time. We don’t think that would be in line with European rules of enforcing IP rights".

The injunction was not granted nonetheless because Samsung's attorneys were apparently successful in casting doubts on the validity of the patent. I guess that this decision will strongly increase the attractivity of the Munich court for patentees seeking preliminary injunctive relief based on "young" patents.
Pubblicato da Michael Thesen a 3:44 pm