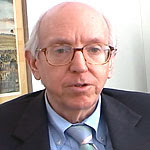 U.S. Circuit Court Judge Richard A. Posner, a very influential jurist who sits on the U.S. Court of Appeals for the Seventh Circuit, is sitting as the trial judge by designation in the contentious patent infringement litigation between Apple Inc. and Motorola Mobility, Inc. (subsequently acquired by Google, Inc.) pending in the Northern District of Illinois (Case No. 1:11 cv08540). In that lawsuit, Apple and Motorola each assert that the other company infringes multiple patents relating to smartphone technology, including operating systems and touchscreen technology. Recently, practically on the eve of trial, Posner issued a two-page preliminary order cancelling the trial and indicating that he intends to dismiss all pending claims with prejudice.

Although he stated that he would explain his rationale more fully in a forthcoming written decision, Posner suggested that dismissal was required because neither side could prove a right to damages or injunctive relief. In light of his prior evidentiary rulings rejecting the proposed expert damages testimony of both sides, including for failure to meet the standard of technical reliability established in Daubert v. Merrell Dow Pharmaceuticals, 509 U.S. 579 (1993), Posner concluded that neither side was able to prove infringement damages. Thus, he noted cryptically, that failure of proof meant that each claimant failed to create a genuine issue of fact for trial, and all infringement claims would be dismissed on summary judgment.

In addition, Posner noted that although neither company could prove damages, they both contended that damages were adequate to remedy infringement of their patents, so no injunctive relief was available. See eBay Inc. v. MercExchange, L.L.C., 547 U.S. 388 (2006). Furthermore, he noted that an injunction was not available because “injunctive relief would impose costs disproportionate to the harm to the patentee and the benefit of the alleged infringement to the alleged infringer and would be contrary to the public interest[.]” He also declined to enter declaratory relief.

Thus, it appears that Posner views an entitlement to actual damages, or at least a right to injunctive relief, to be essential for a viable infringement claim, despite the language of 35 U.S.C. § 271(a) (“whoever without authority [practices] any patented invention during the term of the patent therefor, infringes the patent.”). Finally, although Posner noted that a full decision would be issued shortly, he cautioned that in the course of preparing that decision, “I may change my mind.”