On March 16, 2012, some of the most significant aspects of the Leahy-Smith America Invents Act ("AIA") came into effect. These include converting the U.S. from a first-to-invent to a first-to-file priority system and potentially expanding definitions of prior art. Under the AIA, these changes, found in the new versions of 35 U.S.C. § 102, apply to applications with an effective filing date on or after March 16. The provisions also apply to applications filed after March 16 claiming priority to an earlier filed application, if those applications ever included a claim that relies for support on an application filed on or after March 16. Hoping to secure advantageous treatment under the pre-AIA rules, many applicants opted to file at least a provisional application before March 16. Today's data from the USPTO patent dashboard illustrates the huge spike in applications prior to March 16: 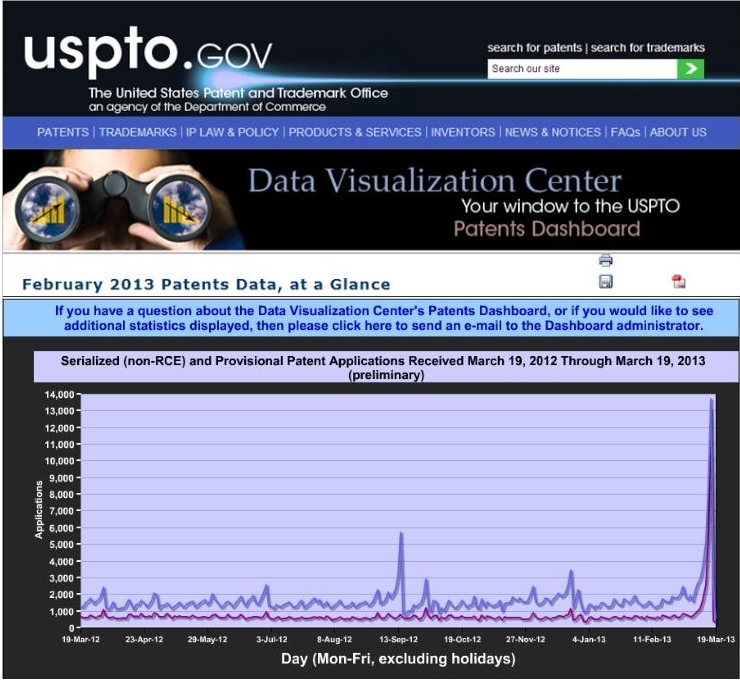 The upper line is non-RCE serialized applications and the lower line is provisional applications. Both show filings at more than ten times the normal volume.
Pubblicato da David C. Berry a 4:08 pm