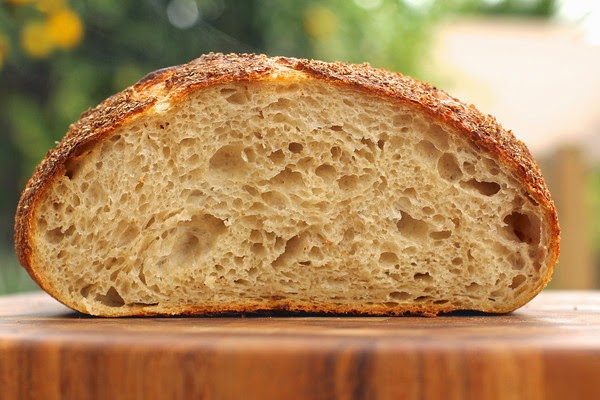 Bread and beer are reported to have been the main foodstuff in medieval France and Germany but the crafts have developed in completely different directions.

German beer is governed by the German purity law of 1516 and German brewers would never ever add anything other than water, malt and hops to their beer. German beer consumers appreciate the subtly different nuances of the taste of their Pilsner or Helles. On the other hand, French brasseries offer all kinds of beer with all sorts of natural and artificial flavours and brewed using strange ingredients.

In what concerns bakery, German shops are known to offer a large variety of bread with all sorts of cereals and other stuff in it. French bakery is governed by a sort of purity law for baguette foreclosing using ingredients other than baking flour, water and salt in their bread and yeast or leaven/sourdough for the fermentation (at least when it comes to ""pain de tradition française", "pain traditionnel français", "pain traditionnel de France" or the like to be precise). French people love to discuss the subtle differences in the crispiness and fluffiness of the baguettes of the different boulangers in their hometown.

It would therefore be just as non-obvious for the traditional French Boulanger to put stuff like bran or oatflakes into his dough as it would be non-obvious to put bananas, whiskey or other flavours into his beer.

How does this notion of obviousness, which is based on national traditions, translate into patent law?

The patent underlying the the decision T 1303/10  of the EPO's technical board of appeal relates to a recipe and to a baking mix for "pains de type français à goût levain" (Frech bread with a taste of leaven) held by a French company, which was opposed by the German bakery association "Verband der Backmittel- und Backgrundstoffhersteller e.V.  Geschäftsbereich Deutschland. The patent as granted differed from the prior art that a narrow range of dry leaven was selected from a broader range known in the prior art. The board held that this range could have been found by trial without inventive skill.

Auxiliary request III was more interesting by far because it proposed to add some bran to the dough (to thereby deviate from the French purity law) in order to improve the preservability and the organoleptic properties of the bread. Of course, the German bakery association submitted that adding bran to the bread is obvious for the skilled person.

A document D30 disclosed information the effects of larger amounts of bran onto the properties of bread but the amounts were such that be skilled person would have feared that the characteristic organoleptic properties of French bread would have been impaired (in other words: he would have ended up with  German bread).

The board finally found that, starting from a very specific recipe for French bread, adding 0,4 to 1 weight parts of bran was non-obvious for the person skilled in the art.

To conclude, using Bran and Sourdough in bread is obvious, but not when it comes to Baguette.
Pubblicato da Michael Thesen a 4:53 pm