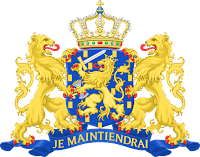 Our friend Marlou van de Braak has directed our attention to an article by journalist Jeroen Segenhout, published yesterday in leading Dutch newspaper Het Financieele Dagblad. This piece alludes to the current state of play in The Netherlands regarding the new European patent regime for Europe and contains a couple of notable comments from veteran Dutch patent litigation expert Willem Hoyng.


"The Netherlands still has not ratified the establishment treaty of the UPC. It is also not very motivated to push forward The Hague, its own international legal capital, as a local division alongside the central courts in Munich, Paris and London.

‘That is very disappointing. The Netherlands should be leading with a European patent court, especially now we are always boasting about innovation. Germany is already busy promoting its court. We are in danger of losing the battle.’

Hoyng says he is not preaching to his own parish.

‘You almost see them thinking at the Ministry of Economic Affairs: that fellow Hoyng is a lawyer, he wants to make money [sadly, this reflects the cynical attitude expressed by some European and national legislators when faced with expert advice on the form which the new European patent package should take]. But if the government does not take a pro-active position, it runs the risk of losing a lot of expertise.’

Willem's firm Hoyng Monegier actually stands to do well whether The Netherlands takes up the challenge or not, since it has just merged with German IP practice Reimann Osterrieth Köhler Haft to form Hoyng ROKH Monegier.
Pubblicato da Jeremy a 6:13 pm

An ideal answer under the regulations would be for member states to close national courts and all join a single regional division, with mutiple seats in any country wishing to join.

That would give the regional court huge flexibility over location and language and avoid most/all of the nonsense in the regulation. If the judges are a quality bunch (and let's hope they are), this would be an ideal answer.

Then I woke up.

An ideal answer under the regulations would be for member states to close national courts and all join a single regional division,

Your suggestion is akin to writing the following sentence in 1978:

How much of that happened in the intervening 37 years?

I this respect the Dutch government has been consequent and has closed the patent office. It first sublet the searches to the IIB, then to the OEB, and eventually got read of all examiners.
Can you imagine a country giving up part of its judiciary system? Let's be realistic

The big advantage of retaining a national capability is that if the outsourced capability starts to get perceived as expensive (EPO fees), legally problematic (EPO added-subject-matter), procedurally inflexible (EPO appeal rules of procedure), ethically questionable (EPO excluded subject-matter) or downright shady (EPO labour relations), the member state can withdraw and in-house the capability relatively easily. The more control is given up without a backup being retained, the more difficult an exit from a system that no longer serves the national interest becomes.