"Before we go to trial, can you explain how you're construction your claims?" 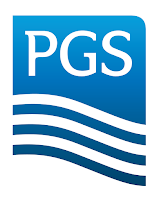 This action for patent infringement seems to have attracted quite a bit of pre-trial skirmishing since the court had previously ruled that the claimant patent owner did not have to serve a further pleading giving particulars of the alleged infringement because its construction of the allegedly infringed patent could actually be discerned from earlier correspondence between the parties. Subsequently the claimant wrote to the defendants, indicating a change of stance on its case as to the construction of its patent. At the point the alleged infringers applied for an order that the claimant patent owner provide them with further information in relation to its case on claim construction on the ground that the claim of infringement was now unclear. While this application was granted, Mann J however held that it was not appropriate for him to require the claimant to answer a certain specific question in pleaded form because it was too early in the proceedings to do so and the defendants did not need to know the claimant's answer to their question in order to be able to advance their own case.

Said Mann J, while there was nothing wrong in principle in isolating and defining issues as to claim construction in pleaded form, there were obvious problems in defining construction issues in such a way at too early a stage in proceedings. Claim construction could not be considered in the abstract, but had to be viewed in a context -- and the views of experts would inevitably form an important part of the background against which claim construction should be considered. Large parts of the relevant factual background in any given case would not be apparent at too early a stage, especially where the background was complex, as in the case here.
Pubblicato da Jeremy a 8:49 am