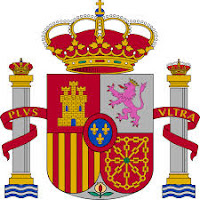 The reforms responds to the legislators' wish

* to adapt the existent patent statute to the new technological developments* to harmonize the Spanish regulatory framework with the European principles set forth in the European Patent Convention*  to simplify and speed up the protection of inventions,  and
*  to strengthen legal security and provide for "solid titles" to inventors.

The New Patent Act will enter into force on 1 April 2017, so Spanish industry and legal practitioners will have plenty of time to adapt to the upcoming legislation.

Acknowledging that there is no rush, time has finally come to start digesting the contents of the new Act, which introduces remarkable chances to the traditional patent landscape in Spain.

This piece (humble in intention) aims to summarize some of the new statute's main developments. As there is a wealth of noticeable changes, so we will be only focusing in those that we consider more relevant without any intention to exhaust the topic … we will have more that 18 months to revisit the issue anyhow! So here we go:

1.      For the first time, and together with the "traditional" patents and utility models, supplementary protection certificates for medicines and phytosanitary products are included in the list of legal titles granted by the Spanish Patents and Trade Marks Office ("SPTO") for the protection of industrial inventions. (Section 1).

2.      In order to assess novelty, the six months grace period that is currently granted to the applicant to test the invention where said test does not imply commercial exploitation or offering of the invention (a Spanish peculiarity) is now suppressed.

5.      The traditional system of pre-grant oppositions will be replaced with a post-grant opposition system (EPO alike). Under the new Act, third interested parties will have a six month period to oppose the patent after the publication of its grant. Nevertheless, third-party observations regarding the patentability of the invention might still be filed  (Section 43).

6.      In accordance with the recent case law set by the Spanish Supreme Court, the Act regulates separately (i) the experimental use exception, which excludes from the scope of the patent protection those acts performed with  experimental purposes and (ii) the "Bolar provision" (performing studies and trials needed for obtaining authorization for the commercialization of pharmaceutical drugs is also excluded from patent  enforcement  - Section 61).

7.      Without prejudice to collect damages deriving from the patent infringement, "coercive" daily fines are envisaged and will be imposed to condemned infringers as a measure to force the voluntary fulfillment of civil patent infringement judgments. The amount of these daily fines will be determined in the enforcement of the judgment (Section 74.4).

8.      Two new situations are added to the cases that determine the grant of compulsory licenses (Sections 91 and subsequent sections):

a.      When there is a need to bring to an end anti-competitive practices, declared as such by a final administrative decision or judgment.

b.      Within the frame of the manufacture of pharmaceutical drugs for export to countries with public health issues, pursuant to Regulation (EC) no. 816/2006, of the European Parliament and the Council of 17 May.

9.      The patentee will be allowed to revoke or limit the scope of his/her patent by modifying its claims at any time during the patent lifespan (which also covers the validity period of the supplementary protection certificate) (Section 105).

10.  The power of instituting legal actions is acknowledged not only to the patentee, but also to those who can evidence that of having applied for the recordation of the legal instrument (i.e. deed or contract) from which his/her right to file actions derives (Section 117).

11.  In an unprecedented exemption to the general rule in civil proceedings, the defendant ("alleged infringer") will be granted a two month term to answer the claim /file a counter claim (Section 119). General principle under Spanish law is that defendants in civil litigation have 20 working days to prepare their defense and file all relevant documents to sustain their case.

This noticeable amendment -says the new Act- aims to ensure the principle of defense by adapting procedural deadlines to the "reality of patent litigation", where technical expertises have a decisive role.

12.  In patent cancellation proceedings where the parties have submitted contradictory expertises, the Judge might decide to request the SPTO the issuance of a non-binding "technical expertise" on the controversial technical issues. The author of such expertise might be called to witness at the trial (Section 120.7).

13.  For "pre-litigation discovery proceedings" (filed by patentee in order to learn facts or data that are critical to sustain the complaint in a later stage), it is expressly foreseen that investigated party ("future defendant" in the deriving patent litigation) will not be notified of the pendency of such proceedings in order not to frustrate its outcome (Section 124.1).

14.  For the first time in statutory law, the new Act introduces the possibility for parties foreseeing that will be subject to subsequent interim relief applied inaudita parte to submit the so called "preventive briefs/writs" (Section 132).

15.  Prior conciliation (mediation) before the SPTO in employment-related inventions is no longer compulsory, but is subject to an agreement between the interested parties (Section 133).

16.  Utility model protection (until now it seemed quite restricted to mechanical inventions) will now be available for any inventions "capable of industrial application" that consist of providing an object or product of a configuration, structure of composition which results in a "noticeable advantage" in its use or manufacturing process (Section 137 and subsequent sections).

The state of the art relevant to determine whether a utility model is new and implies an inventive step will consist of everything which prior to the date of submission of the application of the utility model has been made available to the public in Spain or abroad by means of written or oral description or by any other means (same with patents).

Given that utility models will still be granted without examination of the merits (and oppositions will be pre-grant), owners aiming to enforce a utility model granted under the new Act will have to provide for a search report on the state of the art (this being a pre-requisite for the enforcement claim to be processed).

There is no mention of Spain acceding to the London Agreement. No surprise there, I guess. After all, the Spanish attorneys must be guaranteed an income stream.