T2201/10 Do not Destroy the Foundations of your Argument 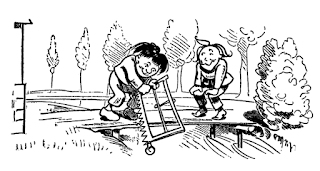 The decision T 2201/10 deals with the proper application of the problem-and-solution approach.

Our readers will know that inventiveness can usually be disproven (some say that the "unless" in Art. 56 EPC means that there is a legal presumption of inventiveness) but not proven.  The defender of a patent or application has to rely on secondary indicia and is otherwise limited to criticise the arguments of his challenger.

This decision in very precious in that it establishes a positive test for inventive step and does this in a very clear and definitive way.

A rough translation of the an excerpt of item 5.1.3 if the decision from the French is as follows (emphasis added):

The problem-solution approach ... further leads to the rejection of any analysis according to which the person skilled in the art would have modified the closest prior art in a way which would be in conflict with its reason of existence unless its very quality as "closest prior art" originally accepted for that document would be negated.

In other words, the finding that the invention as claimed departs from the disclosure of a document of the prior art in what are - in view of the objectives at which that prior art aims - the foundations of the latter, is as such sufficient to conclude that an inventive step of the invention vis-à-vis this prior art exists.

In the case at issue, if D1 is kept as the closest prior art, the skilled person would have excluded every modification going against the aim of the assembly which is described therein, i.e. every modification which would result in a reductions of exchange within the refrigerating fluid.

Pubblicato da Michael Thesen a 8:12 am

The decision is very interesting. However, I am not entirely why the Board used "inventive step of the invention vis-à-vis this prior art exists" / "l'existence d'une activité inventive de ladite invention vis-à-vis de la divulgation par cet état de la technique". In view of one document, or one particular combination of documents, the conclusion is normally that the claimed subject-matter is obvious or not. The phrase "inventive step in view of this prior art [document]" seems somewhat unusual. What if the claimed subject-matter is obvious in view of another document, would inventive step then not exists in view of that other document?

In reply to Comment #1: This is a case on ex parte appeal from the ED. Patentability is contingent on their being an inventive step. So if the Board is minded to reverse the ED and recognise patentability it is natural, is it not, to declare that the nexcecessary inventive step can be discerned?

I put it to you, dear readers, that if you are looking for help from DG3 decisions on Art 123(2) EPC that are favourable to Applicants and patent owners, it has always (even since the earliest days of the EPO) been good practice to devote special attention to cases where the language of the proceedings is French. Could it be that this applies also to Art 56 cases?

So this decision basically says: if the claimed invention departs from the foundations of D1, then look for some other document as "closest" prior art (which is an unfortunate term).

That last comment works for me. Has anything changed, since T570/91? Not much, as far as I can see.

And I very much agree that "closest prior art" is a deeply unfortunate expression, which thoroughly confuses and exasperates non-EPC attorneys. What the PSA demands is a prior art starting point that is "realistic" . No more, no less. Is not this decision just another where the process of selecting the starting point relied upon hindsight knowledge of the solution, so wasn't fair to the inventor, so wasn't "realistic"? We read that Exam Divisions work ever more by rote, checking boxes and cranking out their standard paragraphs of text. But it is alarming if they are losing their feel for the Problem and Solution Approach.

Finally, the observation that the PSA demands only a realistic starting point, indeed applies for finding a claim to be obvious. It seems to me that for grant of a patent, correctly identifying the closest prior art is an important aspect of using the PSA as heuristic for deciding that a claim involves an inventive step.

"The phrase "inventive step in view of this prior art [document]" seems somewhat unusual" and I agree. I would go further, and say that it is unfortunate.

As we all know, for infringement, the burden of proof is on the patent owner whereas, for validity attacks, the burden is on the petitioner for revocation. Thus, when the petition fails, the legal finding is that the validity attacks fail so that the attacked claims are "not invalid". The court simply does not know whether the attacked claims are valid, but only that the particular attacks on the validity of the claims have failed.

Superficially, it is different prior to grant, where the job of the EPO is the positive one, to grant patents, as soon as the application meets the requirements of the EPC. One of those requirements is that the claimed subject matter must be positively inventive. But the same principle applies, that the Exam Divn doesn't know that the claim is patentable, only that it knows of no reasons not to allow the claim. It's another example of the difference between a positive (evidence of validity) and a double negative (no evidence of not being valid). When I say "unfortunate" I mean that is is not helpful to blur the distinction between a positive and a double negative. The phrase "I find this patent to be valid" means something different from "I find no evidence that convinces me that this patent is invalid or this patent application fails to meet the provisions of the EPC".

As a patent attorney a I am a legal layman but I was thinking about this "legal presumption" I have mentioned in the post. I am wondering if this is a German thing or a theory common to the different legal systems in Europe.

The following is based on fuzzy memories from my University days and experts in legal theory are invited to formulate this more properly. If I remember correctly, in German law, we have the rule that if the law is formulated as "A applies if not B is true", then A is a legal presumption which can be proven wrong by proving that the exception B applies. The "not" preceding B means that B is an exception which has to be proven and has to be interpreted narrowly.

If, otherwise, the text would be formulated "A applies if B is wrong" (or: A is wrong unless B applies), the legal presumption would be that A does not apply and you would have to prove that B is wrong to reverse this finding.

Applying this theory to Art. 56 EPC, "An invention shall be considered as involving an inventive step if, having regard to the state of the art, it is not obvious to a person skilled in the art.", this means that there is a legal presumption of inventiveness which has to be disproven by proving that the invention is obvious. This appears to be fully consistent with the problem-and-solution approach.

Is there any reader who knows if this theory applies in Common Law or in Roman law as well (I presume it does for roman law)?

A bit theoretical for me Michael. I'm mindful of the text of Art 94(1) EPC that the task of the EPO is to examine whether the patent application "meets the requirements of this Convention" inter alia Art 52, that the patent to be granted "shall involve an inventive step". Art 56 EPC tells us that indeed it does, if "it is not obvious". Accordingly, the EPO has an inescapable duty to ask itself the neutral question "Y/N. Is it, or is it not, more likely than not, obvious?".

Americans suppose that the Examiner's burden is to "prove" it is obvious. That figures, if only because their Statute says nothing about any requirement for an inventive step and because everything there is adversarial. You argue that at the EPO it is no different but I think it is (even though EPC Art 4(3) announces that the task of the EPO is to grant patents). At the EPO, the Examiner is free to assert a plausible obviousness argument, and then, with no more "proof" than that, the reality is that the burden switches to the Applicant, to show that the subject matter of the claim more likely than not does involve an inventive step.

After grant it's different, I suppose. The Opponent carries a burden of proving that the attacked claims are invalid (for lack of an inventive step). A mere argument ought not to be enough.

You mention Common Law and Roman Law. The fundamental difference, I think, is how these two systems go about finding what are the facts in any given case. See for example Rule 76 EPC, requiring an Opponent to present the "facts and evidence" on which it relies. In a Common Law jurisdiction, evidence is what the litigants file and the Facts are what the court finds, from that evidence. As the Editor of The Guardian famously said, a long time ago, "Comment is free but Facts are sacred".

Michael if you are reading this, can you do me a favour and put up on the PatLit site my most recent posting in reply to yours. Many thanks.

Sorry Michael, I forgot to say in which thread my posting of yesterday has not yet appeared. It is the "blocked passages" thread. Apt, no?

MaxDrei: I could not find any unpublished comment of yours. Sorry for that.

Michael please don't apologize. Thanks for searching, and sorry I have wasted your time. If I get a chance, I will re-compose what I wanted to add to the thread, and re-send.