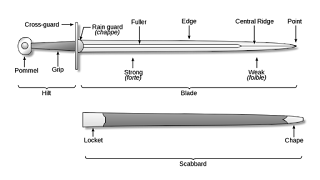 Pubblicato da Michael Thesen a 9:13 am

We have seen a quite similar reasoning in a recent decision of the Federal Patent Court in Switzerland (O2013_006): Absolute certainty is not required. Rather, it is sufficient if no reasonable doubt remains, or any such doubt appears neglectable.
A more detailed review of this decision is available here: http://www.patentlitigation.ch/matter-fixed-patent-maintained-in-amended-form/

"I wonder who has had the idea to use this martial expression which sounds more like medieval inquisition than like civilized EPO proceedings in well-illuminated rooms."

it was probably Herr or Frau Kitzmantel as the rapporteur in T0472/92.

Does not this debate over standards of proof reveal a gap of understanding between lawyers of the Romano/German system and the English common law part of the world?

I mean, in criminal prosecutions we need proof "beyond reasonable doubt" whereas in ordinary civil disputes we need a "more likely than not" standard of proof.

I assert that, just like in obviousness, where the EPO's Problem and Solution Approach is big enough to cope with any case, so the "more likely than not" standard is fit for any civil dispute, including one in which the dispute is about whether Opponent's use put the claimed subject matter into the state of the art before the priority date.

DG3's English lawyer Gerald Paterson saw it right, in the book he wrote about oppositions at the EPO, back in the days when the EPO was still young. What he wrote was that the amount of evidence you need to prove any given proposition (say, the Earth is Flat) is "more likely than not" varies with the degree of unlikeliness of the proposition itself. You will need an awful lot of evidence to show it "more likely than not" that the Earth is Flat.

Now, if you cry "But I was using that already" you will be greeted sceptically, because as we know, that's always what our client's engineers and scientists, affronted by the patent, are inclined to assert. And so, in front of an experienced and sceptical EPO Tribunal, you won't have proved it "more likely than not" until you have proved it "up to the hilt". It lies within your power to prove it up to the hilt and if you can't do that much, well then it suggests to the sceptical Tribunal that the prior use more likely did not take place than that it did.

But that is very different from a criminal "beyond reasonable doubt" standard. Or ought to be!