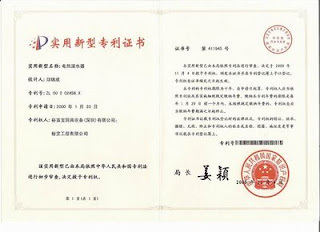 Via Greek IP lawyer Nikos Prentoulis comes this link to a short feature in The Economist, "Battle of ideas", which reports on the increasing extent to which Chinese companies have begun to enforce patents against foreign traders. This litigation boom is mainly occurring in China:

"With the rush for patents has come an increase in disputes. Since 2006 more patent lawsuits have been filed in China than anywhere else, even litigious America. Most pit domestic firms against each other, but in recent years foreigners have found themselves on the receiving end too. In December Samsung, a South Korean conglomerate, was ordered to pay compensation to Holley, a Chinese telecoms firm. The recent victories and lucrative awards will open the floodgates to more suits, predicts Tony Chen of Jones Day, a law firm".

It may however soon be spreading to the US, where Chinese applicants were granted 1,225 patents last year.  Judging by the tenacious manner in which Chinese businesses have contested challenges to their Community designs, they will be formidable foes.
Pubblicato da Jeremy a 5:55 pm