In force soon, the new Part 63 in England and Wales 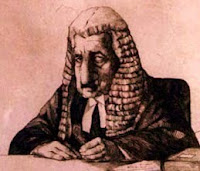 On 1 October 2009 the Civil Procedure (Amendment) Rules 2009 will come into force in England and Wales. Among other things, the new rules will introduce a new version of CPR Part 63 governing intellectual property claims. The new Part 63 has largely been amended to update references to legislation, as well as re-order and clarify some of the rules. The more significant changes are:

1. claims relating to Community registered designs, semiconductor topography rights or plant varieties must be started in the Patents Court of the High Court or a patents county court and the procedural rules for patent and registered design claims will apply equally to them.

2. A defendant to a claim for infringement of a patent or registered design will now have at least 42 days from service of the particulars of claim in which to file its defence. Previously a defendant had 42 days from service of the claim form (although this change will have little practical significance where the particulars are served with the claim form). New r. 63.7(b) CPR clarifies that if r. 15.4(2) CPR affords the defendant a longer period of time to file its defence (e.g. because the claim form is served out of the jurisdiction or the defendant disputes the court's jurisdiction), then the longer period will apply.

3. A person may refer questions of entitlement prior to and after grant of a patent, issues of employee compensation for certain inventions, as well as patent revocation and infringement issues to the Comptroller-General. If the Comptroller considers that it is more appropriate for the Court to determine such matters, a person should issue a claim form within 14 days of notification of the Comptroller's decision. New r. 63.11(2) CPR provides that if a person fails to start a claim within the 14 day period, the reference will be deemed to have been abandoned. However, retrospective extensions of the 14 day period are possible.

4. The previous Part 63 provided that the Registrar should be served with copies of Part 20 claims seeking any relief, which if granted, affected entries on the trade mark register (e.g. revocation, invalidation or rectification of trade marks). The new Part 63 does not limit the service of documents on the Registrar to Part 20 claims about trade marks. New r. 63.14(3) CPR provides that where a party seeks any remedy (whether by claim form, counterclaim or application notice) which would, if granted, affect an entry in any UK Intellectual Property register, the party must serve a copy of the relevant statement of case and accompanying documents on the Comptroller or Registrar. Once served, the Comptroller or Registrar may take part in proceedings, but will not need to serve a defence or other statement of case unless the court orders otherwise.

The new Part 63 can be found here

Email ThisBlogThis!Share to TwitterShare to FacebookShare to Pinterest
Etichette: England and Wales, IP claims and Part 63