So which non-UK patent jurisdictions are "leading"? 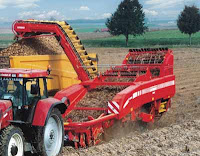 
there's some interesting analysis of contributory patent infringement under s.60(2) [of the Patents Act 1977], which also considers German case law on this point, plus an observation (para 80) that the UK courts should in the interests of uniformity seek to follow authoritative rulings of other leading patent jurisdictions unless the court "is convinced that the reasoning of a court in another member state is erroneous".

PatLit wonders how observations of this nature are viewed by courts and litigants in other jurisdictions. In particular, is "leading patent jurisdictions" a coded term for "Germany" alone? Does it include the Netherlands? Which economically significant countries does the term seek to exclude? Readers' opinions are invited.
Pubblicato da Jeremy a 3:38 pm