When an expert witness casts aspersions on sufficiency: national threat to European patent 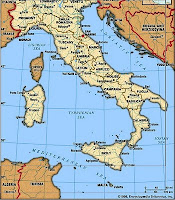 A reader who practises in Italy has written to PatLit with the following question:


"Our client owns a European patent, on which basis he sued another company for infringement, counterfeiting and unfair competition since that company manufactured and sold an invention carrying features deemed equivalent to the claims contained in our client's patent. Our client first filed an application to the court, asking for the seizure of the counterfeiter's invention as a urgent protective order, so as not to let it be further traded, and alleging pecuniary loss.

After the seizure was ordered, ordinary civil proceedings were initiated with our client filing a claim for counterfeiting and unfair competition plus damages. The opponent/respondent (counterfeiter) inter alia challenged the validity of the patent.  Accordingly an assessment by an expert witness was ordered by the judge. This assessment eventually stated that the patent was not sufficiently described to enable the person skilled of the art to use it.  In consequence of this we risk cancellation of the patent by the Italian judge even though the EPO granted it.

Here's my question: under European IP law and practice, is it somehow possible to override an expert witness in order to preserve the European patent's validity as stated by the EPO when the patent was granted?"

I don't know very much about the legal system in Italy, but I had assumed that, in Italy as elsewhere in the countries covered by the European Patent Convention, the European patent once granted is no more than a bunch of independent national patents which may be upheld or annulled by patents courts in each jurisdiction on the basis of the evidence placed before them.  I think that the real question is a tactical one: what is the best approach to take with regard to the validity of a European patent overall, when its validity is challenged in one jurisdiction (in this case, Italy). In any event,  thoughts and comments from readers would be appreciated.
Pubblicato da Jeremy a 11:02 pm

Just my sixpence worth : I would agree with what you said. There is not much that can be done if the Court accepts the expert witness. The only thing that comes to my mind is the case where a very general claim is insufficiently disclosed but where particular embodiments (such as the infringed embodiment) are sufficiently disclosed. Then limitation proceedings before the EPO could save the patent and change the situation before the national court. However, it would depend on national law and jurisprudence whether for such a limited claim the doctrine of equivalence still applies.

Thanks oliver for your comment. I'm the person concerned. Indeed, I mentioned the doctrine of equivalence with reference to counterfeiting. What concerns me the most here is the description issue. The invention was manufactured in two "versions": the first succeeded to be patented both in Europe and USA, the second was unsuccessful in USA and no further European application followed, although it resulted to be more described than the former. Thus, I believe that this could be a point to support our thesis that the expert's assessment is lacking for it is not adequately considering all these elements out of the case. What I was wondering is whether we have in the whole European jurisprudence or doctrine any argument which might be persuasive enough to lead the judge to disregard the assessment because in Italy we have not. Thank you very much.