No problems for patent enforcement in Europe? It seems so ... 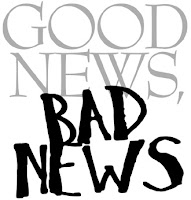 It was just before Christmas, on 22 December, that the Report from the Commission on the Application of Directive 2004/48/EC of the European Parliament and the Council of 29 April 2004 on the enforcement of intellectual property rights SEC(2010) 1589 final, COM(2010) 779 final, was published. This report, which was required by Article 18 of the Enforcement Directive, concludes that the Directive has had a substantial and positive effect on protecting intellectual property rights under civil law in Europe.

The bad news is that the sheer scale of infringement is a terrifying prospect to tackle, not least because of the unprecedented increase in infringement opportunities offered by the internet, a challenge which the Directive was not designed to address.

The good news is that there are apparently no problems whatever with regard to the enforcement of patent rights. The word "patent" appears just once in the document, in the anodyne context of the Executive Summary which reads:


"The Directive created high European legal standards to enforce different types of rights that are protected by independent legal regimes (such as copyright, patents, trademarks and designs, but also geographical indications and plant breeders' rights)".

The Commission welcomes any feedback on the nine-page report, which you can read in full here, by 31 March 2011.
Pubblicato da Jeremy a 12:00 pm

Email ThisBlogThis!Share to TwitterShare to FacebookShare to Pinterest
Etichette: Report on the IP Enforcement Directive

Is it possible to use the technology described in the PageRank patent (US Software Patent) in a company in the EU? (since the EU has no software patent laws - except for technical contributions but not business models - and since the patent was granted in the US and not the EU).
Simply asked can we forget about google.com and make our own smoogle.eu?