When it's too late to mend a broken patent 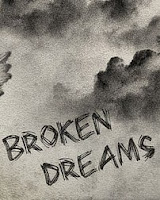 The decision of the Court of Appeal for England and Wales in Nokia GmbH v IPCOM GmbH & Co KG [2011] EWCA Civ 6 was delivered today by Lord Justice Jacob, speaking on behalf of his colleagues Mr Justice Norris and Lord Justice Sedley. For the background and a full comment see Matt Fisher's excellent piece for the IPKat here). This PatLit looks at just one thing -- the Court's comments about the arguable relevance of Directive 2004/48 on the Enforcement of Intellectual Property Rights ("the Enforcement Directive") to what on the face of it was no more than an appeal by IPCOM as a party seeking amendment of a patent for the purposes of infringement proceedings which it had commenced against Nokia. Could it be seriously argued by IPCOM that the Enforcement Directive's provisions had anything to do with an amendment application? Yes, said counsel for IPCOM; no said the court, rather emphatically. To quote from the judgment of Jacob LJ at length:

131. This provides a general obligation on Member States by Art.3:


1. Member States shall provide for measures, procedures and remedies necessary for the enforcement of the intellectual property rights covered by this Directive. Those measures, procedures and remedies shall be fair and equitable, and shall not be unnecessarily complicated or costly or entail unreasonable time-limits or unwarranted delays.[this is always going to be problem for national patent infringement litigation where, for example, there are opposition proceedings pending before the EPO or elsewhere]

2. Those measures, procedures and remedies shall also be effective, proportionate and dissuasive and shall be applied in such a manner as to avoid the creation of barriers to legitimate trade and to provide for safeguards against their abuse.

132. Mr Alexander submits that his proposed amendment and the procedure about it is covered by the Directive:


I am seeking to enforce the relevant patent and amendment is part of and parcel of enforcement of that patent.

133. I do not accept that. Amendment of a patent is quite distinct from its enforcement: amendment is a procedure concerned with narrowing the scope of protection, not a procedure concerned with enforcement of what is protected. If allowed it applies in rem [i.e. it concerns the status of the patent itself, not the conduct of a third party] or as it is sometimes put in an alternative Latin tag, erga omnes. There is simply nothing in the Directive suggesting it applies to amendment of a patent.

134. Moreover it would be very odd if it were. For amendment (limitation) of a patent is very much the sort of thing dealt with by the European Patent Office (including especially the new central amendment procedure but also amendment during opposition). The Office is not an EU institution and it is wholly improbable that the Directive was intended to apply to it at all.

135. In any event I cannot see that allowing the procedure to be dragged out by having a second trial is even consistent with the Directive. It would make things “unnecessarily complicated” and “unnecessarily costly” and would “entail unwarranted delays,” all things proscribed by Art. 3.

136. Accordingly I reject the Directive point. I would add that I am glad to do so for two reasons. Firstly it is strongly in the public interest that patent disputes which matter commercially (many do not or turn out not to, particularly in the case of EPO oppositions) are resolved as soon as possible.

137. Secondly no other courts in Europe, or indeed the EPO, allow a patentee who has had his patent found invalid, only then in the same court to propose a limitation to it. There are countries whose appeal systems are in effect fresh first instance hearings (that is also broadly the current system for EPO oppositions). For these it is not procedurally too late to offer amendments (fall back positions) between first instance and appeal. But even in such cases no one allows unfair hearings to take place and no one lets a patentee who has lost his patent before a court then formulate before that court fall-back positions. A patentee cannot, for instance, after the hearing before an EPO Board of Appeal, and after he has been informed by the Board that he has lost his patent, then start formulating amendments to his claims.

138. Indeed the requirement on parties to formulate their cases in time, and in particular upon a patentee to formulate amendments to his patent in time, so that they can properly be dealt with at a pre-arranged hearing is strengthening across Europe. For instance the Rules of Procedure before the Boards of Appeal were amended in 2007 (by CAD 35/07) to say this:

(1) Any amendment to a party’s case after it has filed its grounds of appeal or reply may be admitted and considered at the Board’s discretion. The discretion shall be exercised in view of inter alia the complexity of the new subject-matter submitted, the current state of the proceedings and the need for procedural economy.

(3) Amendments sought to be made after oral proceedings have been arranged shall not be admitted if they raise issues which the Board or the other party or parties cannot reasonably be expected to deal with without adjournment of the oral proceedings.

Similarly in Germany, s.83 of its Patent Act brought in last year entitles the court to reject inter alia a defence to a revocation claim by an amended version of the patent presented after expiration of a deadline set by the court before the date for the oral hearing. It can do so if “the consideration of the new pleading would make necessary a postponement of the already scheduled date for the oral hearing and the respective party does not give sufficient excuse for the delay and it has been made aware of the consequences of missing the deadline.”

139. In short procedural tightening by way of making parties put up their cases in time for them to be dealt with fairly with at a pre-arranged hearing without adjournment is the trend in Europe. The message is: “put up in time, or shut up”. That can only be good for European industry".
Pubblicato da Jeremy a 2:56 pm