Nortel: And the winner is…

Last Thursday Nortel announced the Winning Bidder of its Patent Portfolio for a Purchase Price of US$4.5 Billion (here)

As Nortel informs, “After a multi-day auction, a consortium emerged as the winning bidder with a cash purchase price of US$4.5 billion. The consortium consists of Apple, EMC, Ericsson, Microsoft, Research In Motion and Sony”.

George Riedel, Nortel’s Chief Strategy Officer and President of Business Units, claims that "the size and dollar value for this transaction is unprecedented, as was the significant interest in the portfolio among major companies around the world."

Living the figures aside (even if hard), I’m surprised to see Microsoft among the winners. Two weeks ago, we read (here): 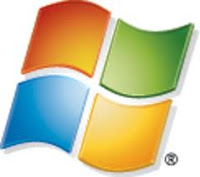 “Microsoft didn’t bid on the patents. It didn’t have to, company officials said, as Microsoft had “worldwide, perpetual, royalty-free license to all of Nortel’s patents that covers all Microsoft products and services, resulting from the patent cross-license signed with Nortel in 2006.”

If that information was correct, when and why has Microsoft joined the bid?

Apart from that, I wonder how bad is for Google the result of the bid.

“one of a company’s best defenses against this kind of litigation is (ironically) to have a formidable patent portfolio, as this helps maintain your freedom to develop new products and services. Google is a relatively young company, and although we have a growing number of patents, many of our competitors have larger portfolios given their longer histories.” (here)

This means that Gogle has failed in obtaining a “formidable patent portfolio” to use against patent infringement claims. As we have seen, among those that will acquire Nortel’s Patent portfolio we find Microsoft who may then have more arguments in its “battle” against Google. Bear in mind that Microsoft filed action against Motorola for the use of Android (here).

More than ever, this Mobile wars seem like a chess game.
Pubblicato da Antonio Selas a 3:00 pm

Well, MS might have had other reasons than defence: a) to obtain a share from the future revenues created with this patent portfolio, b) to fund the consortium so that the patents would not go to some other player(s), and c) to gain some say in the use of the portfolio.

The assertion aspect was also recognised for Google so why not MS be interested in assertion? And, wouldn't any buyer want to play down the price? MS said, according to the posting, two things: a) that the portfolio is not useful for assertion against MS, and b) that MS is not joining the race.

It all kind of makes sense.

Those may be possible reasons, but 2 weeks ago “company officials” of MS said they didn’t bid. Was it true? When did they change their mind? When was the wining bid presented?