FRAND Defense Requires Accepting Damages for the Past 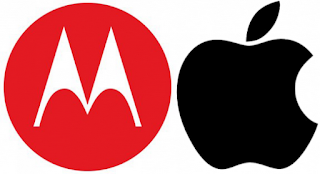 The Mannheim District Court had to decide on an infringement action brought against Apple by Motorola Mobility. Apple had raised an "Orange Book" defense, which is the german version a FRAND defense by unconditionally offering a license agreement under FRAND terms for the future but without accepting damages beyond the FRAND license fees for the past.

First of all, the patentee behaves contradictory when he admits, in the license agreement, that certain acts in the future use the patent while disputing that the same acts in the past have been infringing the patent. According to the Mannheim Court, antitrust regulations do not require any limitation of damages for the past to amounts corresponding to FRAND-License fees.

Further reasons for the latter decision depend on details of the German jurisdiction and the specific circumstances of the case. It might therefore be difficult to use the arguments in other jurisdictions.


In the case at issue, a nullity suit was co-pending at the Federal German Patent Court and the Mannheim court had decided not to stay the infringement procedure until the decision in the nullity suit was made. In the event that the patent will be revoked, any damages paid would be refunded, whereas this is not the case for license fees. The party raising the FRAND defense would therefore achieve an economical advantage over the diligent licensee asking for a license before using the patent.

Further, the case-law unambiguously accepts the right of the patentee to terminate a license agreement for good cause if the licensee files a nullity action against the patent. In the case of a co-pending nullity suit, the principle of dolo agit, qui petit, quod statim redditurus est therefore forecloses the licensee from forcing the patentee into an agreement which could then be terminated by the patentee immediately.

As a consequence, the unconditional withdrawal of the nullity action as well as the acceptance of damages for the past appear to be mandatory prerequisites for raising a FRAND-defense in Germany.
Further points discussed but not decided include the question whether the unconditional FRAND offer by the licensee has to encompass all of the standard-essential patents of the patentee (or of the patentee’s parent company?) in all countries so as to terminate all the ongoing litigations between the party and the question whether the FRAND defense may not be raised at all in cases of willful infringement.

The full text of the decision has been published under "Justiz in Baden-Württemberg"  here.
Pubblicato da Michael Thesen a 10:14 am