EU Commission shares its views on the FRAND defence 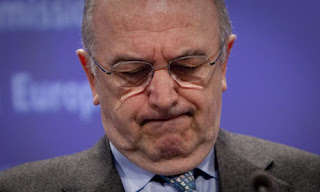 In the decision relating to the merger between Google and Motorola Mobility, the EU commissioner for competition Jaquin ALMUNIA expresses some interesting thoughts on the role of standard relevant patents (SRP) in the context of the EU antitrust regulations (Art. 102 TFEU).

Google had committed itself to Motorola's FRAND declarations and to the German "Orange-Book" standard  as follows (see item 9 d of the decision):


Finally, Google contends that in relation to Motorola Mobility's SEPs, a potential
licensee will have the opportunity to prevent an injunction from being sought, even
after good faith negotiations have failed, provided that a potential licensee (a) makes
an offer to license Motorola Mobility's SEPs, subject to certain conditions, and (b)
provides securities with regard to the royalty payments.


In the event licensing discussions fail, the SEP holder may ultimately take its counterparty to court and seek an injunction.

Florian Müller on FOSS argues that this might bee seen as a further requirement that licensing discussions must have taken place and have failed before an injunction is granted.

Similar thoughts are expressed in item 126:


it may be legitimate for the holder of SEPs to seek an injunction against a potential licensee which is not willing to negotiate in good faith on FRAND terms.


the ECJ acknowledged that the fundamental right to property, which includes the rights linked to intellectual property, is not absolutely protected but must be balanced against the protection of other fundamental rights such as the freedom to conduct business. (See Case C-70/10 Scarlet Extended, judgment of 24 November 2011, paragraphs 41 to 46).

However, the commision emphasizes that the commitment to the Orange Book-Conditions is by no means a guarantee that Art. 102 TFEU is respected and reminds that the sword of Damocles of a commission investigation is always hanging over the holder of a SEP trying to enforce his right (item 132):


Given this context, the Commission considers that Google's incentives to use the threat of injunctions to forcibly extract cross-licences from good faith licensees are most likely be constrained by the prospect of an investigation based on Article 102 TFEU.