Patent infringement as anticompetitive conduct? Why not, says the Eastern District of Texas 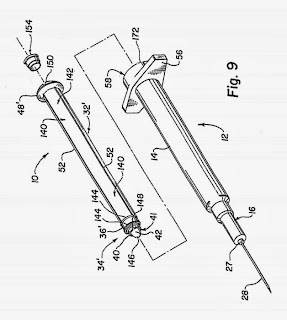 Conventional wisdom, and copious case law, suggest that there may be situations in which patent holders use their patent rights to impair competition or foreclose competitors. Examples of such anticompetitive conducts include enforcement actions filed in bad faith with knowledge of invalidity of the asserted patents (see Walker Process Equipment Inc. v Food Machinery & Chemical Co., and Nobelpharma v Implant Innovations Inc.), reverse payment settlements, examined by the US Supreme Court in the recent case of FTC v Actavis Inc., and the refusal to license standard essential patents, currently at the core of an international debate. Patent infringement, instead, does not normally raise anticompetitive concerns as, from the point of view of consumers, it results in an increased availability of substitute goods. In Retractable Technologies Inc. v Becton, Dickinson and Co., the Eastern District of Texas, dealing with a monopolization claim under Section 2 of the Sherman Act, challenged this conclusion, suggesting that there may indeed be cases, albeit exceptional, where patent infringement negatively affects the outcome of competition on the merits.

The case concerned antitrust and false advertising claims brought by Retractable Technologies (RT) against Becton Dickinson (BD), the latest of a series of lawsuits in which the parties discussed the infringement of RT's patents disclosing retractable syringes. Inter alia, Retractable argued that, by manufacturing and commercializing syringes of inferior quality which infringed the plaintiff's patents, Becton Dickinson resorted to an anticompetitive conduct in an attempt to monopolize the relevant market, violating Section 2 of the Sherman Act. The defendants filed a Motion for Partial Summary Judgment on Patent Infringement as an Antitrust Violation, asking the court to rule that, as a matter of law, patent infringement is not anticompetitive conduct and, thus, cannot be the basis for a monopolization claim. Becton Dickinson essentially maintained that case law supported a similar conclusion, adding that a finding of patent infringement as anticompetitive conduct would make 'no economic sense'.


Judge Payne, acting as Magistrate Judge, examined the motion for summary judgment in his Report and Recommendation. He firstly looked at Section 2 of the Sherman Act, which reads as follows:


Every person who shall monopolize, or attempt to monopolize, or combine or conspire with any other person or persons, to monopolize any part of the trade or commerce among the several States, or with foreign nations, shall be deemed guilty of a felony, and, on conviction thereof, shall be punished by fine not exceeding $100,000,000 if a corporation, or, if any other person, $1,000,000, or by imprisonment not exceeding 10 years, or by both said punishments, in the discretion of the court.

Interpreting the provision, Judge Payne relied on the teachings of the Supreme Court in United States v American Tobacco Co. and Aspen Skiing Co. v Aspen Highlands Skiing Co.. The first case clarified that the Sherman Act covers 'every conceivable act which could possibly come within the spirit or purpose of the prohibitions of the law, without regard to the garb in which such acts were clothed'. The second provided a definition of the exclusionary conducts that may result in unlawful monopolization, ruling that the term 'exclusionary' 'comprehends at the most behavior that not only (1) tends to impair the opportunities of rivals, but also (2) either does not further competition on the merits or does so in an unnecessarily restrictive way'.

Assessing the defendant's claim that no anticompetitive effects can arise from patent infringement, as it 'actually increases competition by making more products available to consumers', the court took the view that this argument effectively explains why most of the antitrust lawsuits pointing to patent infringement as the conduct leading to unlawful monopolization are likely to fail. However, Judge Payne highlighted that the facts of the case unfolding before the court were quite unique. The plaintiff alleged that the patent infringement, in this case, resulted in decreased competition, as the commercialization of infringing products of inferior quality impaired the adoption of retractable syringes in the relevant markets. 'Thus', explained the court, 'BD’s allegation that "the corresponding increase in competition forecloses any antitrust injury" ignores RT’s actual allegations – that the infringement has, in this case, caused a decrease in competition rather than an increase'.

In light of these findings, Judge Payne recommended that the motion for summary judgment be denied, observing that:

BD has asked this Court for an incredibly broad holding: that patent infringement can never, as a matter of law, serve as anticompetitive conduct under Section 2 of the Sherman Act. Such a sweeping holding would be inappropriate in light of the fact-sensitive nature of the determination of whether a given act qualifies as anticompetitive conduct. [United States v American Tobacco Co., and Eastman Kodak Co. v Image Technical Services]. Similarly, the record as a whole does not support a summary judgment finding as to the conduct in question here, as genuine issues of material fact exist as to all the grounds raised by BD.

The District Court adopted the Report and Recommendation of the Magistrate Judge, denying the motion. The Charge of the Court, containing instructions for the jury on the law to be applied, clarified that a finding of patent infringement does not imply an automatic finding of anticompetitive conduct. 'Any damages awarded relating to the anticompetitive behavior based on patent infringement', added the court, 'should not be for the infringement itself, but only for harm caused by BD’s alleged restriction in competition by allegedly selling retractable syringes with known design flaws, allegedly tainting the market with respect to all retractable syringe products'.

The jury awarded Reatractable Technologies more than $ 113 million in 'deception damages' related to false advertising, subject to trebling under antitrust law. Although the verdict does not appear to be related to the monopolization claims concerning patent infringement (even if the jury found that Becton Dickinson attempted to acquire monopoly power within the market for safety syringes), the case is certainly a good starting point for a discussion on the crossroads between patent infringement and antitrust law. The two elements, however, appear difficult to reconcile.

As the court noted, patent infringement restrains competition only in exceptional cases: the production of infringing products of inferior quality in order to impair the development of the market, as in the case examined, or the commercialization of infringing products on a vast scale in an attempt to drive the patent holder and its licensees out of the market. But, in order to evaluate patent infringement from the point of view of competition law, it is also necessary to assess whether the anticompetitive effects arise from a willful conduct, e.g. if the inferior quality of the infringing products was the result of a deliberate choice of the infringer, made with the intent of hurting the development of the market, as opposed to simply being the result of poor manufacturing techniques or lack of relevant know-how. At the same time, significant alterations of competition in a market are usually the result of the combined behaviors of a number of companies operating within the market, rather than the outcome of the conduct of a single undertaking. An infringer facing a monopolization claim could, for example, raise issues concerning the behavior of the patent holder once it acquired knowledge of the on-going infringement, arguing that, by failing to react promptly to infringement, it determined or concurred to determine the decrease in competition. In this perspective, the lack of case law on the matter may be explained by the simple fact that linking antitrust liability to patent infringement is likely to raise more issues than courts are willing to face.
Pubblicato da Stefano Barazza a 10:33 pm

Thanks for your comprehensive and interesting report. In Hungary we had a ruling on the opposite case: an infringer sued the patent owner Pharmacia for deception of consumers, saying letters denouncing the infringement hurt the consumers' freedom of choice protected by the Competition Act. You can read more at http://www.gvh.hu/gvh/alpha?do=2&st=2&pg=113&m5_doc=3742

I think we should keep patent infringement and antitrust distinct. Addig nyújtózkodj, amíg a takaród ér (the blanket is short!).

Thanks for your appreciation. And for the link...sounds like an interesting, creative case!