They think it's all over -- but the Comptroller can intervene 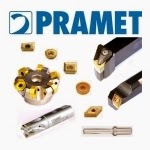 After Kennametal's UK patent was held invalid in earlier proceedings ([2014] EWHC 565 (Pat)), Kennametal did not seek permission to appeal against the revocation decision. Instead ,it applied -- and failed -- to get a stay of an order revoking the patent, pending the outcome of an application to amend which it had brought before the European Patent Office. Kennametal subsequently did appeal against the refusal to stay the revocation. Shortly before the date fixed for hearing this appeal, Kennametal and Pramet reached a settlement. The day before the hearing, the Comptroller received notice from Pramet that it intended neither to oppose the appeal nor to attend the hearing. At this point the Comptroller immediately served notice, stating its intention to intervene and to attend the hearing in order to oppose the appeal. The Court of Appeal ((the Chancellor, Sir Terence Etherton, together with Lords Justices Christopher Clarke and Vos) had to decide whether it was appropriate to adjourn in light of the recent developments.

This ruling serves as a warning that, while settlement of a dispute by mutual agreement between the parties is a desirable aim, it is not an end in itself and, in this case, it is not an end to the litigation either.
Pubblicato da Jeremy a 10:49 pm