Microsoft v Motorola: did the US Court of Appeals for the Ninth Circuit have jurisdiction?

From our good friend Kevin Winters (trainee solicitor, Shepherd & Wedderburn) comes the following guest item on the jurisdictional dimension of the very lengthy ruling one of the most fascinating and complex pieces of patent litigation to emerge from the United States this year. This is what he writes:

Microsoft v Motorola: did the US Court of Appeals for the Ninth Circuit have jurisdiction?

In Microsoft v Motorola, Inc (here), the United States Court of Appeals for the Ninth Circuit affirmed the decision of the district court that Motorola had breached its obligations to offer reasonable and non-discriminatory (RAND) licences to its patents in good faith.  In addition to the substantive arguments, the Court of Appeals had to decide whether the Ninth Circuit or the Federal Circuit had jurisdiction over the case.

In late 2010 both Motorola and Microsoft sued in the U.S. International Trade Commission (ITC) and the Western District Court of Washington, alleging infringement of smartphone patents.  During this litigation the parties entered into discussions about a cross-licensing agreement that would grant Motorola licences to Microsoft’s smartphones in exchange for licences to any of Motorola’s patents that Microsoft’s products may have been infringing.

In late October Motorola provided Microsoft with letters offering to license two patent portfolios, 802.11 and H.264 HEP, at 2.25% of the price of the end product incorporating the patents, regardless of the manufacturer: Microsoft was to pay Motorola 2.25% of the sale price of an Xbox game console or of any computer using Microsoft Windows.  Both letters which were identical in material terms represented that the offer was in keeping with Motorola’s reasonable and non-discriminatory (RAND) commitments.  After Microsoft received the letters it filed a diversity action in the Western District of Washington, alleging that Motorola had breached its RAND commitments to the IEEE and ITU.  It alleged that Motorola’s letters constituted a refusal to license Motorola’s standards-essential patents (SEPs) on RAND terms.  The next day Motorola filed suit against Microsoft in an attempt to enjoin Microsoft from using its H.264 patents.  The cases were consolidated in the Western District of Washington. 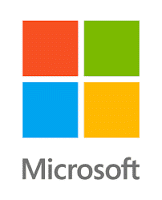 Motorola also filed patent-enforcement suits with the ITC, seeking an exclusion order against importing Microsoft’s Xbox products into the USA, and with a German court, seeking an injunction against sales of Microsoft’s H.264-compliant products.  To avoid the economic loss it would suffer if an injunction against the use of Motorola’s two German H.264 patents was granted – Microsoft’s European distribution centre for Windows and Xbox products was in Germany – Microsoft moved its distribution operations to the Netherlands.  It also obtained an anti-suit injunction barring Motorola enforcing any injunction it might obtain in a German court against Microsoft’s use of Motorola’s 1h.264 SEPs until the district court could decide whether an injunction was an appropriate remedy for Motorola to seek.  The Court of Appeals upheld the anti-suit injunction in 2012, while the German court ruled that Motorola was entitled to an injunction.

In the district court Microsoft altered its complaint to allege that Motorola’s filing of injunctive actions constituted a breach of contract, owing to the fact that the obligation to offer RAND licences to all seekers prohibited Motorola from seeking injunctive relief for violations of patents subject to that obligation.  In response the court granted a joint motion to stay all patent-infringement claims in the consolidated cases until the RAND issues were resolved.

The district court issued a range of orders that, among other things, recognised that RAND commitments create enforceable obligations between Motorola and the SSO concerned and that Microsoft – as a standard user – could enforce those contracts as third-party beneficiary.  It also issued orders that Motorola’s commitments to the ITU and IEEE required initial offers by Motorola to license its SEPs to be offered in good faith, but needn’t be on RAND terms, provided that a RAND licence is eventually issued.  Further, the court decided that Motorola was not entitled to an injunction on its H.264 or 802.11 patents.

The case was then the subject of a jury trial on the breach of contract claim.  While Motorola objected, Microsoft introduced the RAND rate’s determined at bench trial, along with testimony that Motorola and its parent company, Google Inc, had previously been investigated for failing to licence patents relating to smartphones, tablets and videogame systems on RAND terms.  Microsoft sought damages in the form of attorneys’ fees, costs in defending the injunction actions that Motorola had raised and in relocating the distribution centre from Germany to the Netherlands.

In September 2013 the jury returned a verdict in favour of Microsoft for the amount of $14.52 million.  The verdict form asked jurors the general question of whether Motorola “breached its contractual commitment[s]” to the IEEE and ITU and, the specific question, in determining damages, whether Motorola’s “conduct in seeking injunctive relief, apart from Motorola’s general course of conduct,  violated Motorola’s dut[ies] of good faith and fair dealing with respect to Motorola’s contractual commitment[s].”  The jury answered “yes” to all questions unanimously.

Motorola sought judgement as a matter of law both at the close of evidence and at the close of Microsoft’s case-in-chief.  Having heard the jury’s verdict, the court denied Motorola’s motions concluding that (i) the evidence was enough for the jury reasonably to conclude that Motorola breached its duty of good faith and fair dealing by seeking injunctions against Microsoft, and (ii) the damages award was proper.  Microsoft’s motion for entry of final judgement on the breach of contract jury verdict was granted.
Motorola appealed the judgement on the breach of contract claim to the Federal Circuit which, on Microsoft’s motion, transferred the appeal to the Court of Appeals for the Ninth Circuit.

The question of jurisdiction


The Ninth Circuit pointed out in the first instance that both the interlocutory appeal and the Federal Circuit’s decision to transfer the appeal to the Ninth Circuit were both in-keeping with the ‘law of the case’ doctrine.  This doctrine requires that significant deference is given to prior court decisions that are higher in the court hierarchy, unless there are convincing reasons not to do so:


“…we may now decline jurisdiction only if “(1) the [earlier] decision[s] w[ere] clearly erroneous; (2) there has been an intervening change in the law; (3) the evidence on remand is substantially different; (4) other changed circumstances exist; or (5) a manifest injustice would otherwise result.”

The court was of the view that Motorola’s argument that the district court “constructively amended” the complaint by holding a bench trial on the RAND rate implicitly invoked the “changed circumstances” exception.  However the court pointed out that, given that it had decided upon jurisdiction of the appeal knowing that the RAND bench trial would take place, and the Federal Circuit’s decision to transfer the case was made after the bench trial, there was no evidence of changed circumstances.

“A complaint that alleges breach of contract and seeks damages sounds in contract; its nature “does not change because the contract is a patent license… Even if a court, in interpreting a contract and assessing damages, deems it appropriate to apply the law of patent infringement, that of itself does not change the complaint into one arising under the patent law.”

While the court acknowledged Motorola’s argument that the Federal Circuit had exercised its jurisdiction in some breach-of-contract cases, it pointed out that those involved some determination of patent law.  The case before the Ninth Circuit was a breach of contract action.

Pubblicato da Jeremy a 9:04 am