Commercial success: not the easy way to prove non-obviousness 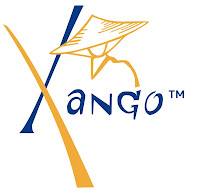 The December 2008 Finnegan newsletter "Last Month at the Federal Court" carries a note on In re DBC, No. 08-1120 (Fed. Cir. Nov. 3, 2008), in which the Federal Circuit held that, during ex parte reexamination, evidence that it was necessary for a patentee asserting the validity of its patent to prove that sales of its product were a direct result of the unique characteristics of its claimed invention in order for it to demonstrate non-obviousness, where the non-obviousness was founded on an assertion of commercial success.

DBC's patent was for a nutraceutical composition comprising a mixture of the pulp and pericarp of the mangosteen fruit. The USPTO granted a third party’s request for ex parte reexamination and rejected the patent in its entirety as being obvious over a combination of seven prior art references. To provide objective evidence of nonobviousness, DBC submitted three declarations which sought to demonstrate the success of the commercial embodiment of the patented invention, sold commercially as XanGo juice. The examiner, unpersuaded by DBC’s evidence, made the rejection final in a decision that was upheld by the Board. DBC then appealed to the court.

The Federal Circuit agreed that there was substantial evidence to support the Board’s determination that DBC’s evidence of commercial success was insufficient to upset the prima facie case of obviousness. Declarations made by officers and employees of XanGo LLC, the exclusive licensee of DBC and marketer of XanGoTM juice, were offered in an attempt to show that the juice was made according to the patent's claims and to demonstrate the commercial success of XanGo juice. The evidence was sufficient to demonstrate that XanGoTM juice fell within the scope of the claims and DBC did not need to show that the product fell within every conceivable embodiment of the claims in seeking to rely upon evidence of commercial success. However, the sales evidence had to reveal in some way that the driving force behind those sales was the claimed combination -- after all, the sales might have been boosted by factors other than the patent, such as the increasing popularity of the fruit from which it was made or the appealing nature of the branding and marketing strategy that sold it.
This blog notes that the court's decision, which is based on logical and patent-relevant premises, imposes a substantial evidential burden upon the patent owner.  Corporate trading records are not kept with a view to separating out the various strands of intellectual property which may be exploited in the sale of a product, and in the case of a soft drink the success of a product might relate to causes as diverse as unusual climatic conditions, conscious or unconscious celebrity endorsements, product placements, weak marketing on the part of competitors or innovative packaging and design. This burden makes the notion of defending against an assertion of non-obviousness by reference to the gap between the challenged patent and the prior art seem very much the lesser of two evils.
Pubblicato da Jeremy a 8:36 am