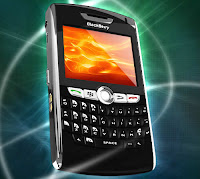 An interesting study in case management can be found in Research in Motion UK Ltd v Visto Corporation (and vice versa), [2008] EWHC 3025 (Pat), a Patents Court decision of Mr Justice Arnold on 12 December which PatLit nearly overlooked completely on account of its proximity to the holiday season.
In short, BlackBerry operator Research in Motion (RIM) applied for patent proceedings involving patent-owning but non-manufacturing entity Visto to proceed by way of a split trial, with the first trial being expedited. RIM had previously commenced proceedings for the revocation of three of Visto's European patents, while Visto (i) counterclaimed for infringement of its own patents by the entire Blackberry system and (ii) revocation of four of RIM's patents. Visto failed to identify any product that might infringe RIM's patents, and RIM offered an undertaking not to assert its four patents against Visto, its customers or licensees.
Before Arnold J, RIM submitted that a single trial would require common general knowledge of the field to be considered at different priority dates for each patent. RIM also argued that Visto's counterclaim for revocation involved consideration of additional prior art.  Accordingly it made sense to split the trial.  Visto maintained that there was a valid juridical forensic advantage for it in having all the claims heard at the same time: by doing so it could place RIM in a squeeze: any contention by RIM that Visto's inventions were obvious would have the effect that RIM's patents were also invalid.

Arnold J ordered a split trial.  In his view

1. The trial of all seven patents together would be unwieldy and burdensome, demanding consideration of seven different sets of claims and raising the possibility of the parties seeking to assert the independent validity of more than one claim for each patent. The impact of differing priority dates and, therefore, differing states of common general knowledge, also had to be considered, as did the additional prior art.

2. Since Visto's attack on RIM's patents was of no commercial significance to the non-manufacturing Visto, the case for a split trial was overwhelming. Visto's attack on RIM's patents could be described as purely forensic manoeuvring, which was not sufficient justification for imposing the burden of a trial of all seven patents together upon the court and the parties.

3. The only real argument against a split trial was the forensic advantage from the squeeze--but even this was not a significant advantage in terms of the commercial realities of the situation.

4. It was plain that RIM's overriding objective was to avoid infringing Visto's patents, preferably through their revocation. RIM would stop at nothing to achieve this, risking even the possibility of an adverse impact on its own patents.  Any relevant evidence adduced by RIM concerning Visto's patents could be used by Visto at the subsequent trial of its counterclaim. A split trial was therefore appropriate.

The judge added that commercially significant patent disputes should be tried promptly wherever, and to the greatest extent, that this was possible. If Visto's counterclaim was successful it could shut down the entire Blackberry network in the United Kingdom.  This being so, the commercial significance of this battle ran far wider than merely the interests of the immediate parties, but also affected third parties such as mobile phone operators. Also, the court's decision on validity might be of assistance to foreign courts confronted with infringement issues--although that factor was of less weight. Accordingly, a modicum of expedition was appropriate in fixing the trial date for RIM's assault on Visto's patents. However, the trial of the counterclaim for revocation of RIM's patents would be listed in the ordinary way.
Pubblicato da Jeremy a 2:54 pm