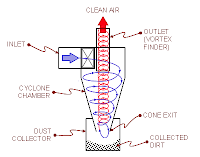 Last week, in the Patents Court for England and Wales, Mr Justice Arnold invalidated the main claims in two Samsung cyclone vacuum cleaner patents in Dyson Technology Ltd v Samsung Gwangju Electronics Ltd, [2009] EWHC 55 (Pat). The cited prior art included Dyson vacuum cleaners and one patent which predated even Dyson's original patent. Samsung did however have some limited success in its being able to amend certain other claims.

One curiosity that arose in this case was that the parties could not agree upon the meaning of the term "vacuum cleaner". Dyson contended that, in both of the challenged patents, "vacuum cleaner" had a broad meaning and covered any apparatus that sucks up dust and dirt from a surface. Samsung disagreed: in its view the term should be interpreted more narrowly, being restricted to machines for domestic and light industrial cleaning duties. The judge expressed some surprise at the fact that, since neither party claimed that "vacuum cleaner" was a term of art, no dictionary definition was offered as to what the words meant, leaving it to the judge himself to turn the pages of the Oxford English Dictionary and conclude that the words meant "an electrical appliance for removing dust (from carpets and other floorings, soft furnishings, etc.) by suction". While it is clear that dictionaries in general, and even the respected Oxford English Dictionary, have no binding force, their power to persuade and perhaps even to tip the balance should not be overlooked.
Pubblicato da Jeremy a 9:01 am

Email ThisBlogThis!Share to TwitterShare to FacebookShare to Pinterest
Etichette: dictionaries