A hot day for non-EU precedents 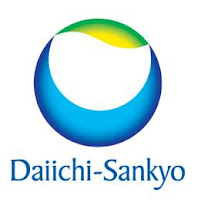 The Court of Appeal for England and Wales gave its judgment today in Generics (UK) Ltd v Daiichi Pharmaceutical Co Ltd and Daiichi Sankyo Co Ltd [2009] EWCA Civ 646. For the court, Lord Justice Jacob upheld the decision of Mr Justice Kitchin of 15 October 2008 that Daichi's levofloxacin patent and the SPC which was based upon it were both valid.

Counsel for the unsuccessful appellant sought to tempt their Lordships with some arguably favourable decisions from three far-flung jurisdictions: the United States, Israel and Australia. The Court of Appeal was having none of it. Said Jacob LJ:

"80. Nor am I impressed with the cases cited from outside the EU, including the one from the US cited by Mr Waugh. The reason is simple – they are all concerned with different statutory language, views of the facts and policies. Thus in the Israeli case the registrar specifically had regard to the fact that the EU Regulation was in different language from that in Israel .... On appeal Judge Sobel specifically had regard to the strong Israeli generics drug industry ... and specifically rejected decisions abroad on the basis that they were of "lesser importance" given the specifically Israeli context of the legislation. He cited a decision of the High Court: "Law is a creature that lives in its surroundings and the environment of Israeli law differs from English or American law, even if their formulation is different".

81. The Australian case too was concerned with different statutory language: "containing, or consisting of, the substance" were the key words. It is wholly understandable that all the judges concluded that a racemate "contains" its enantiomers.

82. Nor do I find assistance from the US case relied upon the other way by Mr Waugh. It was Ortho-McNeil v Lupin Pharmaceutical, 30th April 2009 (US District Court of New Jersey, Chief District Judge Brown). A patent extension for levofloxacin was granted under USC §156. But again the language of that provision was different from that with which we are concerned, though it indeed may be somewhat closer to ours than the Israeli or Australian language.

83. So the foreign (i.e. non-EU) cases cut no ice either way. The upshot is that the SPC was clearly properly granted and this appeal should be dismissed".

PatLit suspects that barristers are about as likely to give up citing foreign and presumptively irrelevant cases as British judges are to accept them. This blog wonders which counsel will be the next to cite them in an IP appeal -- and whether it is even wise to do so.
Pubblicato da Jeremy a 4:23 pm

"46. So from the point of view of patent law levofloxacin was a new product. And it was a new product as a matter of commercial and practical reality too – no-one, without the invention, could make it. And from the medical point of view it was a new and better medicine. Obviously before it could be marketed it would have to go through trials – its properties (including for instance important characteristics such as bioavailability – which depends or may depend on solubility – and toxicity) had to be established. So it needed a new marketing authorisation. In sum it was a new product from all practical points of view".....

".... The different salts, esters,
ethers, isomers, mixtures of isomers, complexes
or derivatives of an active substance shall be
considered to be the same active substance,
unless they differ significantly in properties with
regard to safety and/or efficacy...".