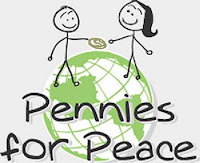 It's 27 pages long and you can read it here: it's the Working Group’s Consultation on Proposals for Reform of the Patents County Court, published today by the Intellectual Property Court Users’ Committee.

The first comment comes from the Chartered Institute of Patent Attorneys (CIPA), in an emailed press release entitled "Court costs for UK patent disputes set to be cut from up to £1 million to just £50,000". The release reads:

CIPA, the organisation representing the UK’s 1,500 patent attorneys, has welcomed today’s radical proposals to slash the cost of patent court cases. Under the proposals, businesses will have the chance to enforce their patent rights, trade marks and designs for a fraction of the existing costs.

The Intellectual Property Court Users’ Committee has today (Friday 31 July) published its proposals to reduce the cost of a patent or trade mark court case from its current levels of between £500,000 and £1 million to a maximum of £50,000. Once implemented, this will have the effect of making the UK among the lowest-cost jurisdictions in Europe, rather than the most expensive, as it is at present.

Alasdair Poore, Vice-President of CIPA and the profession’s representative on the Users’ Committee, said that the proposals will make IP litigation very much more accessible for smaller companies. “Under the proposals, the patents courts will have their rules rewritten so that intellectual property disputes can be resolved quickly and for a fraction of the cost of existing claims in the UK,” he explained. “Disputes costing £1 million or more could be decided for around one twentieth of the cost.”

Key to the proposals, aimed at making the courts accessible to innovative SMEs involved in intellectual property disputes (usually patents, trade marks or designs) are to limit the costs which can be recovered in the Patents County Court to £50,000. This compares with typical costs up to £1 million or more for patent cases currently in the High Court and means that an SME will know what the maximum cost exposure is. Trials will be limited to 1 to 2 days. Paperwork and documentation will be slashed. Hearings will be heard as soon as possible after the parties have set out their case.

“These proposals show real innovation - in the UK,” Alasdair Poore stated. “For the rest of Europe, this is much closer to what they already have. Now that the proposals have support from business, lawyers and judges, we look to the politicians to make them happen.”

I've not yet had time to read the report, but I'm posting this immediately in the hope of attracting attention and responses, particularly from informed readers with genuine experience of UK patent litigation.
Pubblicato da Jeremy a 4:26 pm

Isn't the title of the press release somewhat misleading?
We probably won't know if the proposals will be accepted until after Jackson LJ's review is published. If he makes different proposals then it is likely the working group's proposals won't be accepted.