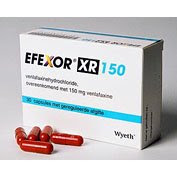 The note explains that venlafaxine hydrochloride, a serotonin-norepinephrine reuptake inhibitor, was prescribed for the treatment of major depression and anxiety disorders. Although the basic patent had expired, Wyeth's patent for its Efexor-XR extended release formulation of venlafaxine hydrochloride was in force until 20 March 2017. Sigma received Australian Register of Therapeutic Goods (ARTG) listing for its Evelexa-XR extended release formulation of venlafaxine hydrochloride on 26 February 2009, this being first publicly disclosed on the ARTG on 6 March 2009. According to Sigma, it first became aware of Wyeth's extended-release formulation patent on the same day. Sigma launched Evelexa-XR on 1 May 2009 and commenced importing the product into Australia, planning to having the product delivered to pharmacists for sale by 1 June 2009.

According to Justice Sundberg, there were serious issues to be tried both with regard to infringement and as to some of the asserted grounds of invalidity. While both parties had a prima facie case, the balance of convenience favoured the grant of an interlocutory injunction.

Sigma had offered undertakings that, until resolution at trial, it would:

Even so, the court was concerned that Wyeth could expect to lose up to 50% of its market share if no relief were granted -- especially since, in the absence of any injunction, other generic pharma producers were likely to enter the market, making any quantification of damages in Wyeth's favour almost impossible to quantify. Sigma maintained that, since Evelexa-XR was the only generic on the market, any lost sales of Efexor-XR would be readily quantifiable because they could be directly translated into sales of Evelexa-XR. The court did not accept this. In its opinion, considering both the economic factor that Wyeth was the more likely to suffer from a disturbance of the status quo and the equitable factor that Sigma had entered the market 'with its eyes wide open'. There was also a safety issue for patients: if no interim relief were granted but a final injunction was granted, patients who switched to Evelexa-XR would be switched back to Efexor-XR when the generic was later taken off the market, and would suffer harm as a result.